Steven V. Roberts: A vote of no confidence 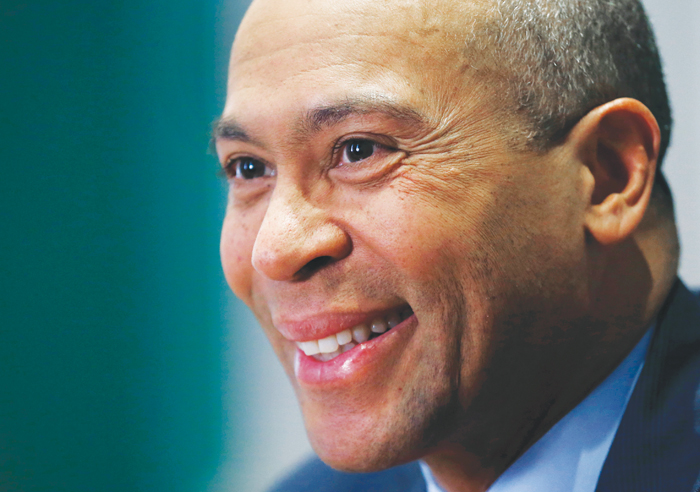 The Democrats are in trouble, and they know it.

Less than three months before the primaries kick off in Iowa, Democrats are still searching for a candidate who clearly provides an electrifying and electable alternative to President Donald Trump. As Dan Balz writes in The Washington Post, the potential new entrants represent “a vote of no confidence” in the current field. The Associated Press adds that moves by Bloomberg and Patrick reflect “a powerful indictment” of party prospects.

What’s behind this gloomy thinking? Start with former Vice President Joe Biden, who leads Sen. Elizabeth Warren by an average of 6 points in national polls but fails to generate much genuine enthusiasm. Remember, Biden ran for the nomination twice before, in 1988 and 2008. He failed miserably both times. And this year, his lead is based largely on negative emotions: a passionate loathing for Trump and a widespread belief that he’d be the surest bet to defeat the president.

But doubts about his electability are growing. The AP quotes Bobbi Helton, a voter in South Carolina: “I’ve always thought Biden was wonderful. But watching the debates, he’s a step behind in his thinking. If he’s going to debate Trump, Trump is going to wipe him out.”

Many Democrats share her fears. And the alarm bells started clanging more loudly when Biden reported tepid fundraising totals last month — a tangible sign of his failure to generate positive energy among voters. As Patrick said of Biden on CBS, “I have always felt that his support was soft, and it feels like his campaign is contracting rather than expanding.”

Democratic anxiety is fueled not just by Biden’s decline but by Warren’s rise. To many party strategists, she’s even less electable than Biden, the latest manifestation of an enduring and erroneous fantasy: that this is a liberal country yearning for a lurch to the left.

The Democrats have elected six presidents since World War II, and not one of them came from the Warren-Bernie Sanders wing of the party. The purebred liberals who did win the party nomination — Hubert Humphrey (1968), George McGovern (1972), Walter Mondale (1984) and Michael Dukakis (1988) — all lost, most of them badly.

As Bloomberg warned last spring when he decided against running, “We cannot allow the primary process to drag the party to an extreme that would diminish our chances in the general election.”

To deepen the Democrats’ dismay, no moderate alternative has emerged to fill the vacuum created by Biden’s “contracting” appeal. Former Congressman Beto O’Rourke is already out. Two former mayors — Cory Booker and Julian Castro — and three sitting senators — Amy Klobuchar, Kamala Harris and Michael Bennet — are still in the race but have yet to gain any traction.

Only the campaign of Pete Buttigieg shows signs of life, but it’s not at all clear the country is ready for an openly gay, 37-year-old mayor of a midsize Midwestern city to become president.

What about the possible newcomers? Bloomberg has strong executive experience, building a highly successful business and running New York for three terms. The Wall Street Journal welcomed him into the race, saying he could represent a “stable, safe” alternative to an intemperate and incompetent incumbent. And with a personal fortune estimated at more than $50 billion, he can spend vast amounts on advertising to get his name and message out quickly.

Bloomberg would probably make a good president — if it were an appointed job. But it’s not. He has to win an election, and he comes with a huge amount of baggage that weighs as much as his wallet. Liberals don’t like his advocacy of stop-and-frisk policing policies. Conservatives hate his devotion to addressing gun violence and climate change. And hardly anyone sees him as an appealing and approachable figure who understands ordinary people.

Patrick has personal qualities Bloomberg lacks and an inspiring life story that echoes the poverty-to-prominence narrative told so successfully by his close friend, President Barack Obama. David Axelrod, Obama’s senior adviser, calls Patrick the best retail campaigner he’s ever seen. But he has virtually no national profile, and not much time and money to create one.

Even if Bloomberg and Patrick run, the Democrats will still be looking for a candidate who can say, as Obama did in 2008, “Yes we can.” And persuade voters to believe those words.