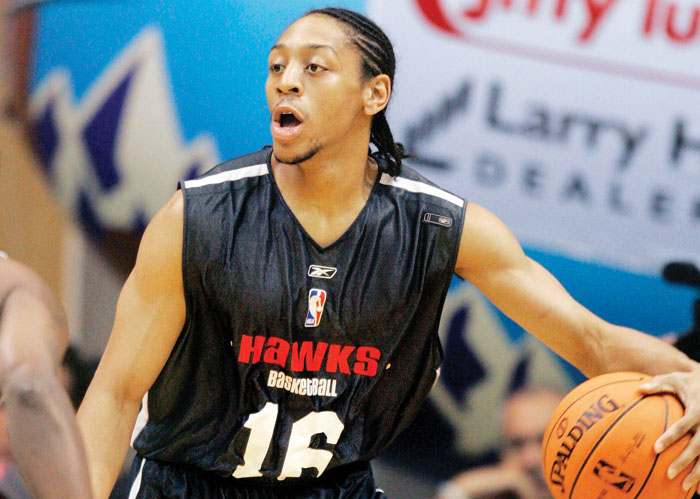 LOUISVILLE, Ky. (AP) — Former North Carolina State basketball player Anthony Grundy died Thursday from stab wounds suffered as the result of a domestic dispute in Kentucky, authorities said.
Louisville officers found Anthony Grundy, 40, injured while they were responding to a residence on Thursday evening regarding a domestic altercation, police spokeswoman Alicia Smiley said.
Grundy later died at the University of Louisville Hospital of “multiple sharp force injuries to the body,” according to a coroner’s report.
An investigation into Grundy’s death is underway and no one has been charged, Smiley said.
Grundy played for the Wolfpack from 1998 to 2002. He was an All-ACC guard as a senior in 2002 and helped the Wolfpack end a 10-year NCAA tournament drought in his final season.
A 12-year professional career included a brief stint with the Atlanta Hawks in the NBA and teams in Europe and Asia. Grundy also ran into a number of legal issues that included a prison sentence for habitual impaired driving.
Lee Turner, a Raleigh attorney who worked with Grundy, said his client “truly was not a mean person. He had a good heart.”

Myles Garrett, helmet a ‘weapon,’ banned for rest of…