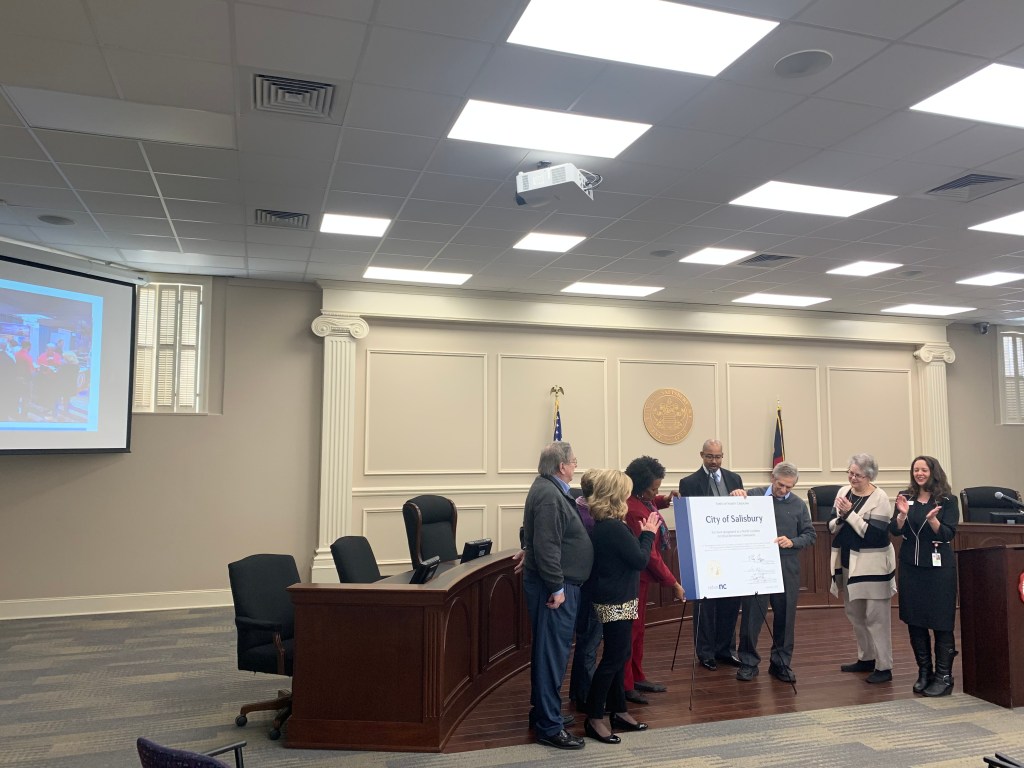 SALISBURY — Along with 18 other cities, the city of Salisbury has become a certified retirement community.

Andre R. Nabors, a partner relations manager at VisitNC and the Economic Development Partnership of North Carolina, on Wednesday announced the designation, which will promote Salisbury as a place where retirees can settle and enjoy the rest of their lives.

Nabors and Retire NC will market Salisbury as a place where retirees should relocate. Nabors said he has been promoting Salisbury for the designation for some time because it is a natural fit as a retirement community.

Retirees also don’t put strain on services such as the school system, he said.

Nabors said retirement sometimes has a negative connotation, with the image of an elderly people in rocking chairs on their porches. But today’s retirees look a lot different than they did 20 or 30 years ago, he said. They are active and looking to start a second career doing something they love. They are also volunteers and constantly on the move, he said.

Bailey said the designation doesn’t mean Salisbury will only work for the needs of older people.

“It is certainly an economic driver for us here in our city,” Heggins said. “Nobody can say that’s not good.”

Nabors said he wants people to visit North Carolina but when they decide to call a city their home for the rest of their lives, it not the icing on the cake but the candles to be blown out on the cake.

Heggins said the designation is another reason why Salisbury is a place where people can live and thrive.

Salisbury will be featured in a statewide Retire N.C. newsletter, be on display at retirement-themed expos, and be promoted on social media.

The certified retirement community designation is a five-year program. For $3,000 a year, Nabors said, it’s a steal, saying one person moving to the city would offset the cost.

New complex at Rowan-Cabarrus would include space for early…