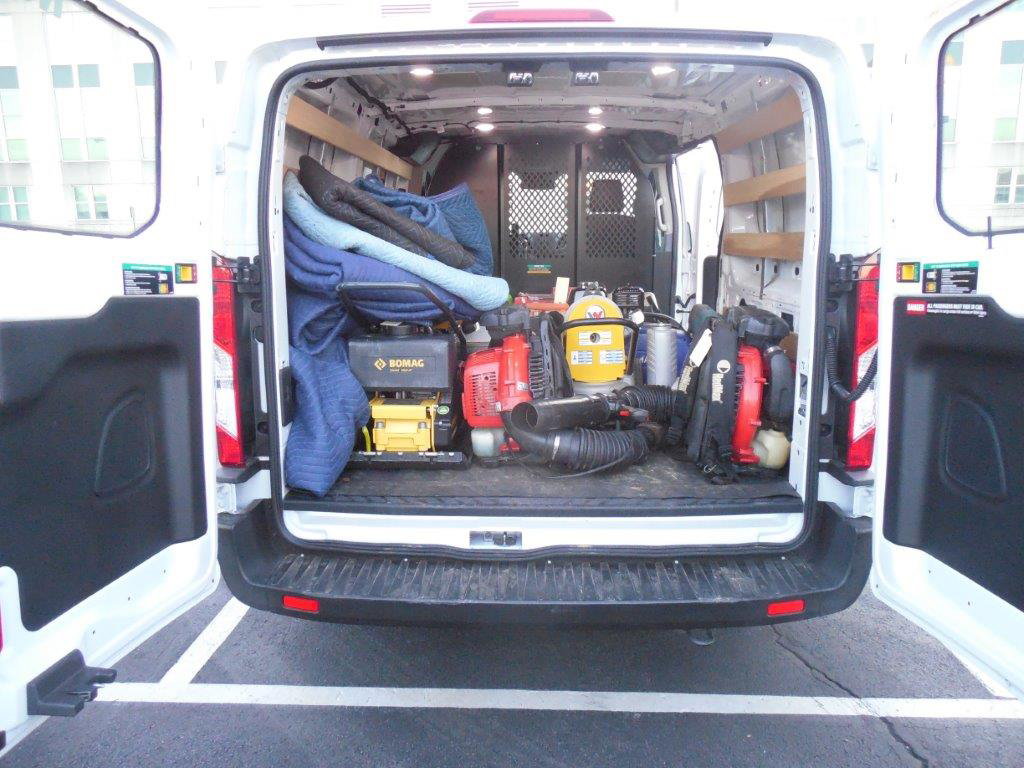 SALISBURY — A Charlotte man is charged with selling stolen power tools at the Webb Road Flea Market after a tip was reported to the Rowan County Sheriff’s Office.

Investigators seized more than 30 pieces of equipment that were on display for sale.

The Sheriff’s Office was investigating an Oct. 30 theft at James River Equipment on Julian Road when detectives discovered that three men were caught on camera taking $35,000 worth of power tools from the property in a U-Haul, said Capt. John Sifford.

The investigators noted in their report there equipment including several Stihl concrete blade saws, Dewalt leaf blowers, hedge trimmers, a pressure washer and a generator were displayed on tables. The detectives told Fewell they would check the serial numbers on some of the items.

One investigator asked Fewell how much he paid for the concrete saws, which are valued at about $1,050 each. He told them he bought four and paid $800 and was selling them for $200 each, according to the report.

Fewell told the detectives he got the equipment from a man who lives in Charlotte and went by the name Black. He said he would contact Black using different cellphone numbers.

The investigators determined that some of the equipment had been stolen from United Rentals, located at 275 Rolling Hill in Mooresville. Some Dewalt table saws were determined to be stolen from Doors By Design International LLC, a case being investigated by the Charlotte-Mecklenburg Police Department.

Sifford said the detectives noted in their report that Fewell did not appear surprised to learn the items were stolen.

In a search of the U-Haul, detectives found 47 Alprazolam pills and two other pills. The pills were in prescription bottles with the labels removed and hidden inside plastic grocery store bags in the glovebox of the U-Haul.

Fewell was released from the Rowan County Detention Center under a $50,000 secured bond.