Salisbury man charged with DWI after crash into home 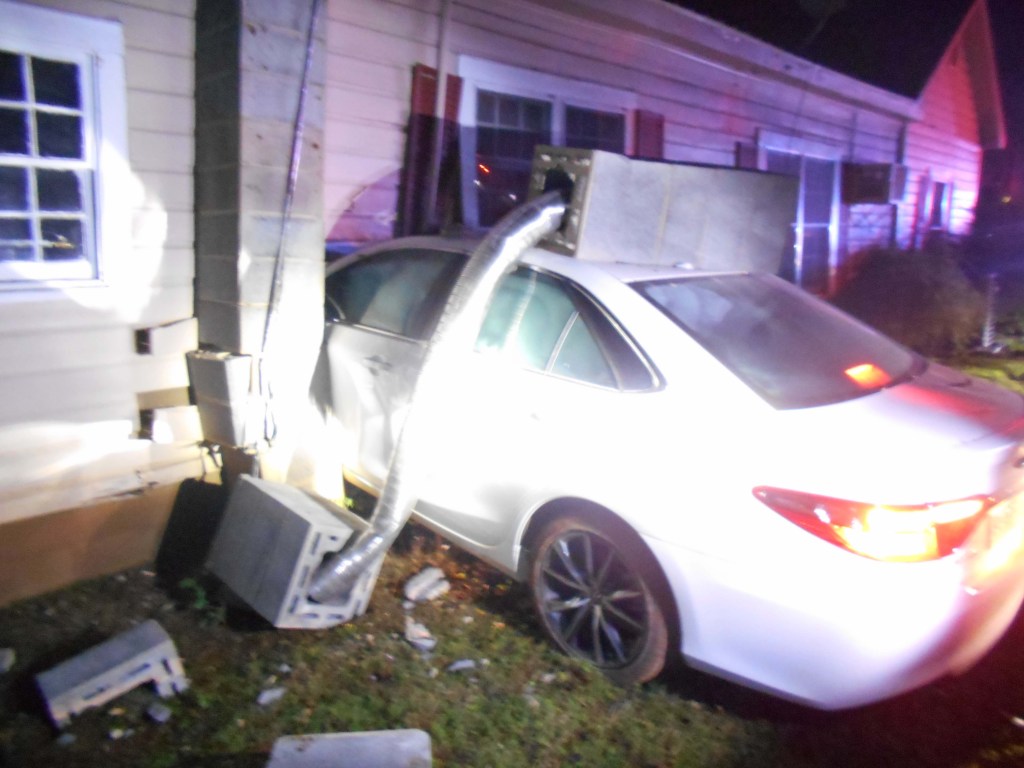 SALISBURY — A Salisbury man was charged over the weekend with driving while impaired after a chase by a Rowan County deputy ended when the man crashed into a vacant home.

The man told the deputy he had been “stupid” and drank a 40-ounce beer.

The Rowan County Sheriff’s Office charged Clinton John Lee, 31, of the 100 block of Country Village Drive, with speeding, failure to stop for a stop sign and felony fleeing to elude arrest. The North Carolina Highway Patrol charged Lee with driving while impaired.

About 11:25 p.m. Sunday, a deputy saw a Toyota Camry speeding behind a truck near Miller Road, traveling 71 mph in a 55-mph zone, according to sheriff’s Capt. John Sifford. The deputy noted in his report that the vehicle turned left without stopping. The deputy turned around, turned on his lights and sirens, and pursued the vehicle, said Sifford.

Lee drove in the opposite lane before making a sharp turn onto White Road. He hit a ditch, continued driving through the front yard at 130 White Road and crashed into the home, Sifford said.

Sifford said the home was vacant. According to the report, the vehicle was “windshield deep” inside the home. The air bags deployed, and Lee tried to get out of the vehicle on the passenger side. The deputy held Lee at gunpoint until another deputy arrived.

The deputy said Lee smelled of alcohol. The deputies searched the car and found an empty 40-ounce bottle of Bud Ice and a full, unopened bottle that had landed inside the house. Lee admitted to drinking and said he was “stupid for trying to run,” according to the report.

The report said Lee’s blood alcohol content was 0.09%, which is higher than the 0.08% legal limit.

The deputy estimated that damage to the house and the vehicle totaled about $50,000.

Lee was released from the Rowan County Detention Center under a $1,000 secured bond.

Rowan legislators mixed on whether a state budget will…