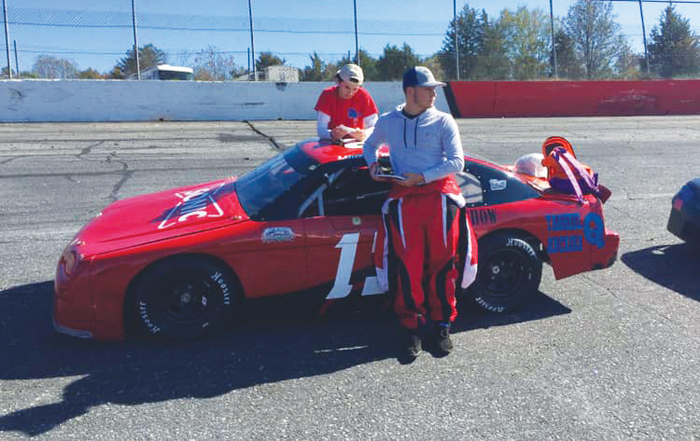 Heading into the season finale at Hickory, Akers entered the weekend only six
points ahead of fellow North Carolinian, Cole Wagner, but before Akers could take the green flag, he had to first complete his duties as a sophomore at West Davidson High School.

On Monday, Akers had band auditions where he earned second chair, and then he also played in a JV football game. He took the PSAT on Tuesday, played in another football game on Thursday and then it was time for the biggest race of his career.

Akers qualified fourth and ran up front throughout the race at Hickory. Running in second place for the majority of the race, Akers kept pace with race leader, Ethan Elder.

On the final lap, Akers and Elder battled it out for the win. Akers’ runner-up finish secured him enough points to capture the 2019 Allison Legacy Race Series championship. The title marked the first of his career, and it
came in his debut season.

“In the second race of the season, we actually found something, and it sped us up a whole bunch,” Akers said. “We just kind of went on from there, and towards the end, we thought that we were in contention to win the championship, so we just had our mindset towards that, and luckily, it worked out for us.”

Throughout the season, Akers captured two wins, four poles and 12 top-five finishes. His wins came at Hickory Motor Speedway and Orange County Speedway. On seven occasions, Akers was named the Rookie of the Race.

“It was crazy,” Akers said, about earning his first win at Hickory. “We didn’t expect to win it, but once we got that pole, we felt confident in what we were doing.”

Akers continued and said, “When we went to Orange County, that was our second win, and it was in a row. We didn’t qualify on the pole, but we qualified third. We just came out of a cannon. The car felt great.”

This year’s Allison Legacy Race Series championship battle was one of the closest in its history. Five drivers visited victory lane during the 14-race schedule.

Elder’s fifth victory at Hickory last Saturday catapulted him to the winningest driver of the season. Cole Wagner won four races, followed by Akers and Jantzen Stirewalt with two and Matthew Davey with one.

About Allison Legacy Race Series
The Allison Legacy Series offers a professional to intermediate racing program. This unique and innovative program attracts drivers, new and old, with or without experience, and has proven to be a valuable stepping stone for drivers looking to further a racing career.

See www.allisonlegacy.com for more info, and the Allison Brothers Race Cars shop, located in Salisbury, is available for questions at (704) 278-0174.