KANNAPOLIS — A Kannapolis mother was charged with abuse and neglect of a 4-year-old boy, and police are looking for her boyfriend.

The Kannapolis Police Department received a report on Oct. 26 that the child had been abused and neglected by his mother and her boyfriend while they were living at 620 Pacific Drive in Kannapolis.

An investigation determined that the child had suffered multiple serious injuries as a result of abuse.

The mother, Jamie Adams, and her boyfriend, Raheem Deshawn Johnson, were charged with felony child abuse with serious physical injury.

Adams was arrested Oct. 31. An arrest warrant was issued for Johnson, but police have not been able to locate him. 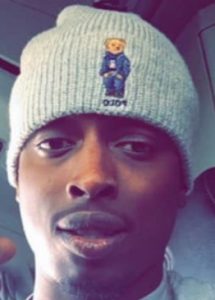 Anyone with information on Johnson’s whereabouts is asked to call CrimeStoppers at 704-93C-RIME.

Rowan weather: Get ready for the Big Chill