Steven V. Roberts: Why Democrats should be worried 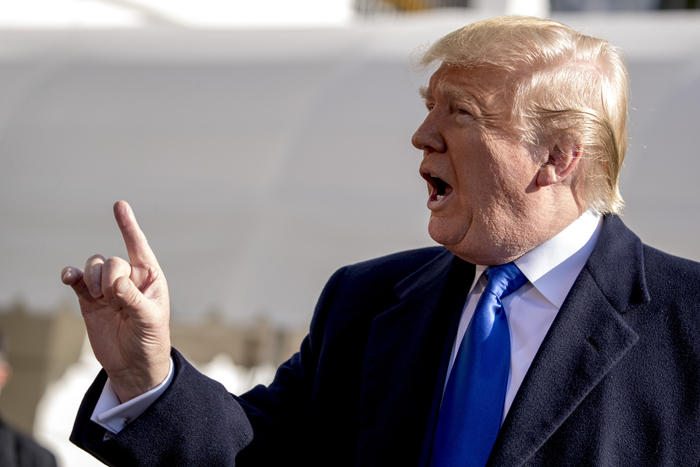 With the election a year away, Democrats have a lot to cheer about. The latest Washington Post/ABC poll shows Joe Biden trouncing Donald Trump by a staggering 17% among all voters. Three other contenders for the chance to oppose the president — Elizabeth Warren, Bernie Sanders and Pete Buttigieg — all lead Trump by double digits.

Moreover, Fox News reports that 6 in 10 voters believe the president asked foreign leaders to investigate his political opponents, and two-thirds “say that action is inappropriate.”

Still, Democratic optimism should be tempered by three developments that threaten to make the 2020 race far closer than those national polls indicate today.

• Issue 1: The key states that decided the last election, and are likely to determine the next one, are virtually dead-even. The New York Times polled almost 4,000 voters in six battleground states — Michigan, Pennsylvania, Wisconsin, Florida, Arizona and North Carolina — and concluded the contest is “highly competitive.” Biden leads Trump by only 2 points in these states, while Warren trails him by 2 points and Sanders runs even with the president.

Democrats probably need to win three of those six states to defeat Trump, and that outcome “is not at all assured,” writes Times data analyst Nate Cohn. “The president’s advantage in the Electoral College relative to the nation as a whole remains intact or has even grown since 2016, raising the possibility that the Republicans could — for the third time in the past six elections — win the presidency while losing the popular vote.”

• Issue 2: Warren and Sanders are pulling the party far to the left, leaving Trump a clear shot at moderate voters who don’t like him personally but fear a high-tax/big-government Democrat in the White House.

Cohn examines that 15% of the electorate in the six key states that can be described as “persuadable,” and the results clearly undercut the Warren/Sanders faction, which argues that only a left-wing purist can defeat Trump.

By a margin of 82% to 11%, the “persuadables” prefer a candidate “who promises to find common ground over one who promises to fight for a progressive agenda.” By 75% to 19%, they’d choose a moderate over a liberal.

The Times then focuses on a smaller group, “truly persuadable voters,” and the numbers are even more damning for the liberal cause. These voters would support Biden over Trump by 11 points but would back Trump over Warren by 17 points. One reason: They strongly reject Warren’s most prominent proposal, a single-payer health plan, by 60% to 37%.

Rep. Tim Ryan, an Ohio Democrat who ran for the presidential nomination as a moderate before dropping out of the race, told The Washington Post: “The average Democrat in Ohio is going to say: ‘Wait a minute, I mean, how do you do that? … Free this and free that? How does that happen?'”

The Times concludes that as of now, the “persuadable” voters in the six battleground states would “swing the election in favor of Mr. Biden but leave Ms. Warren or Mr. Sanders short.”

• Issue 3: impeachment. Six months ago, Speaker Nancy Pelosi told the Post that she opposed that direction and explained why: “Impeachment is so divisive to the country that unless there’s something so compelling and overwhelming and bipartisan, I don’t think we should go down that path, because it divides the country.”

Trump’s machinations with Ukraine were despicable, and enlisting a foreign power to investigate a political rival is un-American and possibly illegal. But the Democrats have failed, by Pelosi’s own standard, to make a “compelling and overwhelming and bipartisan” case for canceling the results of the last election. Not a single House Republican voted to launch an official impeachment inquiry, and every national poll shows a sharp, bitter, partisan divide on the issue.

In the new NBC/Wall Street Journal survey, for example, 49% favor impeachment, including 88% of all Democrats; 46% oppose removing the president, including 90% of all Republicans. And the president is already weaponizing the issue, using the threat of impeachment to raise money, energize his base and crystalize his supporters’ sense of grievance against a system they believe is rigged against them.

The only way Trump will be denied a second term is through the ballot box, not impeachment. And Democrats need to focus on the swing voters in the swing states who will make that decision.