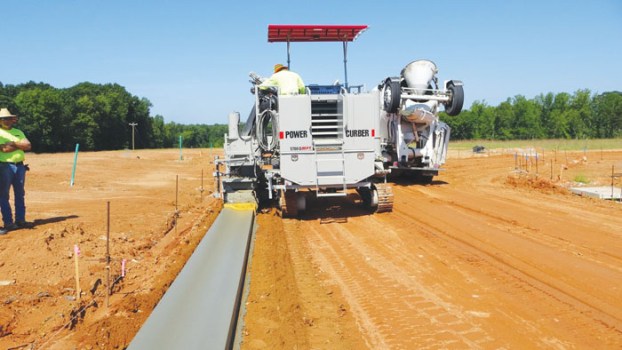 Power Curbers Cos., the makers of the market-leading 5700 Series curb machine since 1985, recently introduced the next generation of the 5700. Submitted photo

SALISBURY – Power Curbers Cos., the makers of the market-leading 5700 Series curb machine since 1985, recently introduced the next generation of the 5700.

In January, the 5700-D will replace the 5700-C as the “one-machine solution” for concrete slipform applications, according to the company.

The 5700-D may be used for curbing, sidewalks, barriers, ditches, paving, tunnels, and agricultural and specialized applications.

Power Curbers was founded in 1953 in Salisbury and made the world’s first automatic curb machine. The company produces concrete slipform machines used for paving, curbs, sidewalks, barrier walls, ditches, and a variety of applications under the brands Power Curbers and Power Pavers.