New traffic lanes open on I-85 in southern Rowan, interchange to follow 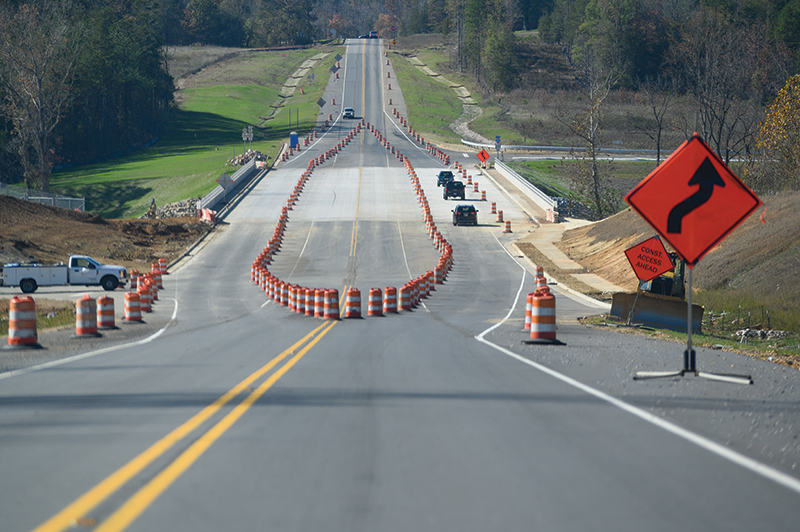 “All interstate lanes are now open, and Rowan is open for business,” Edds said. “Please take a number and enter in orderly fashion.”

As of Friday, there were four lanes of traffic open in each direction on Interstate 85. And the N.C. Department of Transportation says Interstate 85’s widening has reached “substantial completion.” A ribbon cutting for a new interstate exit at Old Beatty Ford Road — long seen as an economic development tool — is scheduled Tuesday.

Widening work in Rowan began in early 2017. The interstate had previously been at least four lanes from the Yadkin River to the China Grove area. It briefly narrowed to three lanes, and decreased to two lanes for 8 miles in Rowan and Cabarrus counties, which caused frequent slowdowns for motorists driving south.

Kannapolis Mayor Darrell Hinnant says the widening will improve Rowan County’s connectivity to the region. But to prevent motorists from simply driving through Rowan County faster, Hinnant says local officials need to bring attractions that entice people to “get off the interstate.”

“People only get off the roadway when there’s something to attract them,” Hinnant said. “So, what we all have to do is figure out what kinds of attractions.” 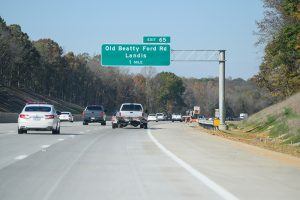 Josh Bergeron / Salisbury Post – Cars drive north on I-85 in southern Rowan County. All eight lanes of the interstate are now open after a years-long widening project.

Old Beatty Ford Road is likely to be a focal point for any new attractions, as Kannapolis has already made plans to annex land at the new I-85 exit and is working with a Louisiana-based developer on a project that’s been named Kannapolis Crossing. The development is expected bring $200 million to $500 million in investment to a 318-acre, wooded tract of land at the new exit.

“We’ve been talking about the name and what some of the logos might be, branding discussions you would call it, and the layout of potential uses,” Hinnant said. “We think it’s moving forward positively.”

Hinnant said the city is preparing the solicit bids for construction to extend water and sewer to the site, and the council is expected to consider a proposal doing as much in January.

The development will bring change to a sparsely populated area of Rowan County, but that’s not bad, Hinnant said.

“While change is sometimes tough, it is better than the alternative. It is sometimes hard to swallow because you want to remember fondly how things used to be. But used to be doesn’t pay the bills.”

Between I-85’s widening and the new exit, Edds says Rowan County will have a clean slate where possibilities are endless.

“And it just isn’t about increasing tax revenues or bringing more people here,” Edds said. “This is an opportunity for families, for us to make sure that the next generation is living right here in these rural communities.

“Investment helps pay for the sheriff’s department. That helps improve crime statistics. And that helps with education and providing everyone an opportunity.”

As excitement mounts about what comes next, there’s still “a considerable amount of work left” before a scheduled “project closeout date” of June, a news release said. That could mean some temporary lane closures. DOT said the final traffic pattern for the Cabarrus County I-85 widening wrapped up in December.

In addition to the Old Beatty Ford Road exit, the Rowan widening project also included changing a partial exit at N.C. 152 to a full exit, eliminating a partial exit north of China Grove and bridge improvements.