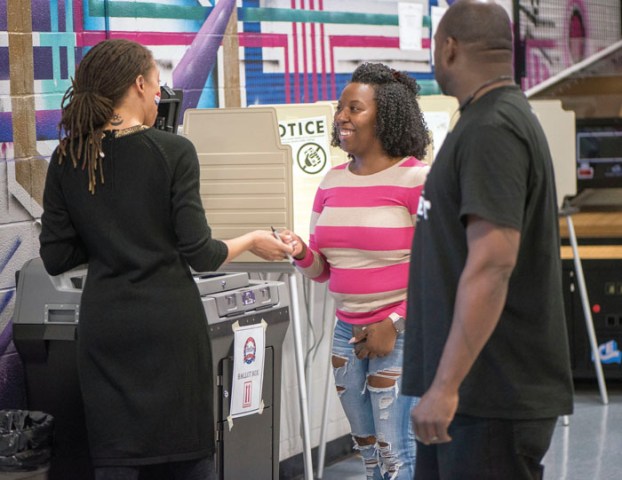 The biggest municipal election news in Salisbury was that Al Heggins is likely to lose her job as mayor, but that was not the most unexpected news.

The most surprising news was that China Grove Councilman Charles Seaford toppled incumbent Lee Withers in that town’s mayoral race. It was surprising because China Grove is on a good track toward the future. It’s seen economic growth for which other towns in Rowan are still waiting. Crime isn’t a significant issue. And the town government is well-run.

That’s compared to Salisbury, where locals speculated ad nauseam about whether council members David Post or Karen Alexander would overtake Heggins, who was in the middle of a tough first term. In the election one year earlier, Post had finished just shy of Heggins and the traditional mayor’s spot. Alexander served as mayor from 2015 to 2017.

In interviews with the Post, there was not a large difference on policy between Withers and Seaford. Rather than policy, increasing crime or a bad local economy under Withers, Seaford’s win may have simply been about trust, as Councilman Steve Stroud indicated in his vocal advocacy for Seaford.

“We on the council get frustrated that we have our idea as to how things are progressing and he does what he wants,” Stroud said in a letter to active voters.

There were just 445 China Grove voters — 18% — who cast ballots in the mayor’s race, and those voters may have simply bought into Stroud’s argument.

Here are some other important notes from this year’s municipal election:

• While she finished second, Heggins owned the most robust, best-organized campaign. It helped, too, that her supporters were resolute in their belief that she was the best candidate for Salisbury. A typical City Council campaign may have produced different results.

Heggins, for example, had a personal photographer at events, a campaign with a firm grasp of how to use social media to energize her base and a prolific letter-writing effort by core supporters. The robust campaign appears to have paid off en route to raising the most money of any candidate before the election. In an email statement, Heggins said 65% of people who donated to the campaign gave $50 or less and that volunteers who made calls, put up yard signs and knocked on doors did so late at night, on weekdays and weekends.

The campaign declined to provide specific statistics about its logistics, but Heggins called the effort an “incredible, local grassroots organization” that “reflected and embraced the diversity of our community.”

Those looking for a well-organized City Council campaign should look to Heggins in the future.

• In a year with better turnout and fewer candidates, Karen Alexander beat her 2017 vote total by 947 on Tuesday (from 1,792 to 2,739). That was a bigger vote increase than for any other candidate.

The biggest single precinct vote gain belonged to Alexander, who topped her 2017 total in the Millford Hills City precinct by 159 on Tuesday.

• East Spencer voters had the opportunity to do what happened across the tracks, in Spencer, and bring fresh faces to town government. Instead, they stuck with the existing leadership.

Barbara Mallet described the likely reason for the lack of change well after the election.

“I’m so proud that they still believe in the vision that I have for the city and the confidence that they had in selecting the board,” Mallet told the Post on Tuesday night.

Letter: Why ruin a good thing?

I wonder if anyone has bought any Captain’s Wafers since Lance was sold out. Two weeks ago, I purchased a... read more