Livingstone finally scores at home, but loses to JCSU 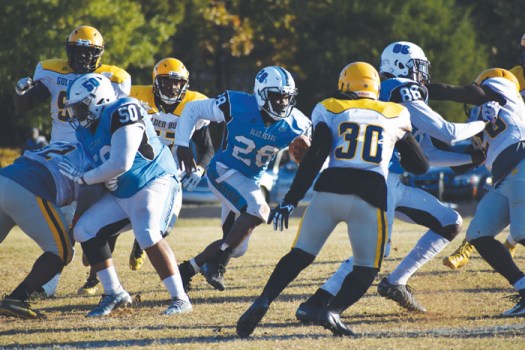 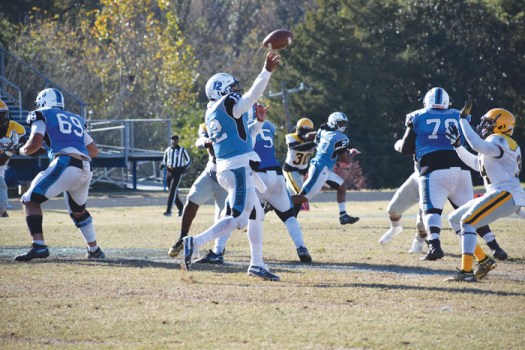 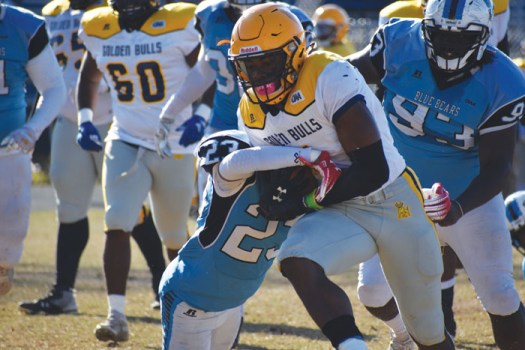 The contest commemorated the 127th anniversary of the birth of black college football, as J.C. Smith — known as Biddle Memorial Institute until 1922 — and Livingstone played for the first time on Dec. 27, 1892, on Livingstone’s snow-blanketed front lawn.

Livingstone had not scored at home since the second quarter of a 21-7 win over Allen on Sept. 21. The Blue Bears had been shut out by Virginia Union, Winston-Salem State and Fayetteville State and three quarters by J.C. Smith on Saturday.

So the Blue Bears finished the season with a six-game losing streak, after beginning the season 4-0. They end up 1-6 in the CIAA. J.C. Smith improved to 4-6 and 3-4.

The Golden Bulls held an anemic LC offense to 140 total yards — 105 coming through the air. On the ground, the Blue Bears averaged one yard per carry, gaining just 35 yards on 34 attempts.

On the other side, J.C. Smith totaled 326 yards, including 167 on the ground. Receiver Ivoree Atkinson actually led the Golden Bulls in rushing, taking a reverse for 64 yards.

Freshman running back Emanuel Wilson, JCSU’s leading rusher, was held to 47 yards, but he scored a touchdown and went over 1,000 yards for the season.

JCSU quarterback Malik Evans was not spectacular but was efficient, completing 8-of-19 passes for 159 yards and two touchdowns. He also ran for 44 yards, including a 19-yard scoring romp that all but put the game away at 27-0 — with 4:17 left in the third period.

The Golden Bulls got the jump early, when Jaleel Johnson blocked Livingstone punter Josue Gomez’ punt, just three minutes into the game. The play led to a 30-yard field goal from Cristian Benitez and an early 3-0 lead.

Benitez also booted a 35-yard field goal at the halftime buzzer, giving JCSU a 20-0 advantage at intermission. He also made his four extra point kicks after Golden Bulls’ TDs.

Wilson scored on a 9-yard run in the second period and after an LC turnover at midfield, Evans connected with Braxton Gambrell for a 42-yard touchdown pass, just three minutes later.

The game also turned into a flag-fest, as 26 total penalties were whistled. The Golden Bulls were hit with 14 penalties for 227 yards, while Livingstone was assessed 112 yards from 12 infractions.