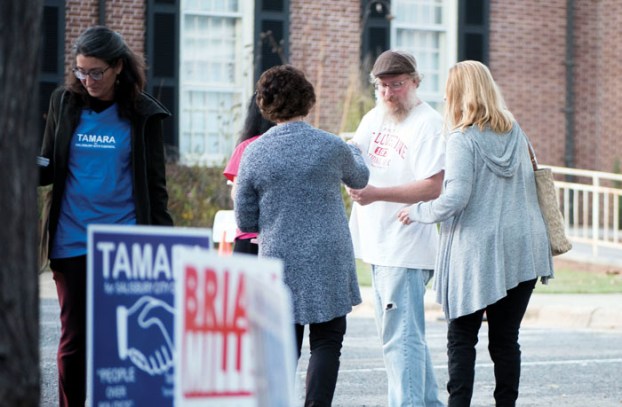 Quotes of the Week: ‘Time for a change’

“It was time for a change.”

— Meredith Smith, after she was elected mayor of Landis with 68% of the vote Tuesday in a town rocked by allegations that former employees embezzled thousands of dollars

“They were better in person than they looked on film.”

— Jan Dowling, volleyball coach at West Rowan High School, after a 3-2 loss to West Henderson in the West Region finals on Wednesday

“I feel good when I’m around art, when I can see it, touch it. It just does something for me.”

— Sabrina Harris, owner of Vibes, a new arts incubator in downtown Salisbury that will
provide space for artists to showcase their talent

“You want practices to be harder than the games.”

— Joe Nixon, football coach at West Rowan High School, on tonight’s showdown with Statesville, which is tied with West for first place in the North Piedmont Conference

“We’re gonna figure this thing out in seven days and put it together by Saturday.”

“I’m just glad we can go back for thirds and fourths.”

City Council tasks lobbyist with project funding needs The farmers market should be a permanent installation over in the old... read more