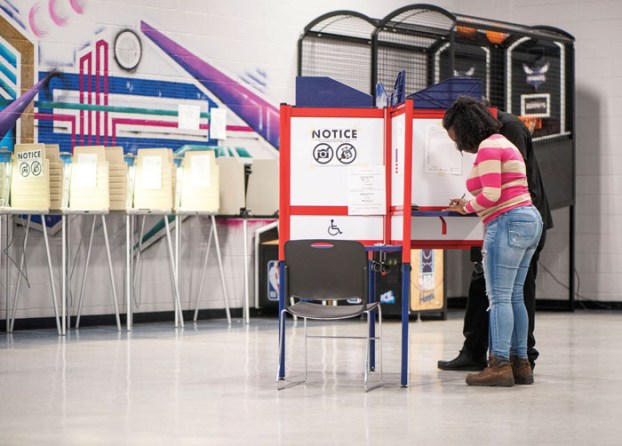 Salisbury mayor to be elected separately starting in 2021

SALISBURY — Now that voters have approved the plan in a referendum, a separate mayor’s race will go into effect for 2021, according to City Attorney Graham Corriher.

There’s no more work for council members to do.

In this election and previous elections, the top vote-getter in the City Council race has traditionally become mayor. But on Tuesday, 2,683 voters, or 60.52%, answered “yes” to the following question on the ballot: “Shall the ordinance adopted by the Salisbury City Council on Aug. 20, 2019, which would amend the City Charter by requiring a separate election for the office of mayor, be approved?”

In August, the City Council approved an ordinance and resolution to let Salisbury voters decide whether to keep with tradition or have a separately elected mayor — similar to surrounding municipalities in Rowan County — with a referendum on Tuesday’s ballot.

After a canvass and when election results are final in two weeks, Salisbury voters will elect their mayor separately in the next election, Corriher said.

“The changes are effective immediately upon certification of the results, but there is not another election until 2021, so that is the first election where the changes would be used,” Corriher said.

Corriher said the mayor will retain the right to vote on all matters even when elected separately. The mayor’s powers will remain the same as they currently are after the 2021 election.

In 2021, candidates will not be able to run for both mayor and for council, according to a state statute.

Brenda McCubbins, Rowan County elections director, said someone who is a current council member will be able to file for the office of mayor and remain a council member for their remaining term, unless they are elected mayor.

In Salisbury, however, the entire council is up for re-election every two years.

That’s different than surrounding municipalities, as seen this year the cases of Tony Hillian in East Spencer, Bobby Brown in Landis and Charles Seaford in China Grove. All of them ran for mayor though their board terms were unexpired. Seaford successfully moved up to mayor, opening up a council seat for appointment.

Salisbury Mayor Pro Tem David Post had been an advocate for a separate mayoral race since 2015 and served on a committee to consider the change with Councilwoman Tamara Sheffield. He said Salisbury has had “accidental mayors” since the top vote-getter traditionally becomes mayor. Being mayor takes a lot of time — 20 to 30 hours a week — he says.

The City Council had the authority to approve a separate mayoral election without a referendum. Post said people wanted to be able to vote on the issue.

Looking ahead, Post said he wants to work with Sheffield, along with the elections committee, to consider other changes to Salisbury’s elections. Post said he wants to look at increasing the number of council members to six or seven and possibly having the mayor not vote unless there is a tie. East Spencer mayor is an example of one who is a tie-breaker and otherwise doesn’t vote.

Sheffield has previously asked the council to consider having four-year staggered terms. She couldn’t be reached by deadline Wednesday to comment on the results of the referendum.

2019 election results at a glance