Oh, Olive, it’s so nice to see you again 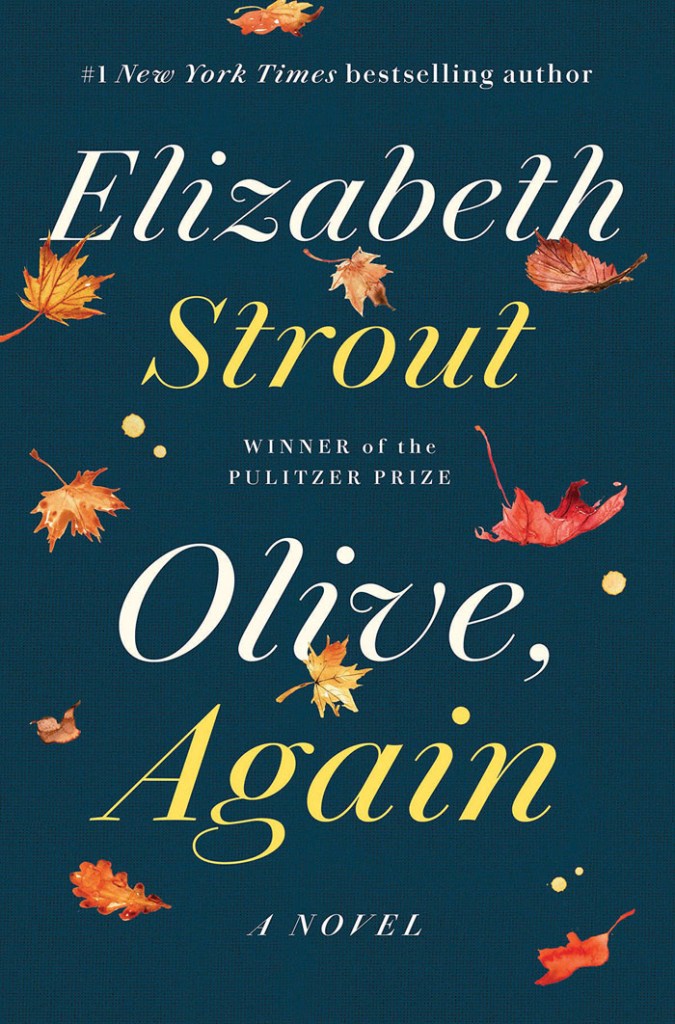 Like so many other Olive Kiteridge fans, I’ve looked forward to Elizabeth Strout”s “Olive Again,” and Strout surpassed all expectations. Olive is older now, still living in Crosby, Maine, feeling lonely and reflecting on her affect on the people around her.

Strout has such skill when writing about feelings and emotions. She says so much using images as simple as bright sunshine, that it’s a pleasure to linger over a few sentences.

In the story “Light,” Strout writes about Cindy Coombs, a former student Olive finds looking bewildered in the grocery store. Cindy is undergoing chemotherapy for cancer, and she’s not doing well.

As she sits in her house, she remarks about the incredible light of February: “But for Cindy the light of the month had always been like a secret, and it remained a secret even now. Because in February the days were really getting longer and you could see it if you really looked. You could see how at the end of each day the world seemed cracked open and the extra light made its way across the stark trees, and promised. It promised, that light, and what a thing it was.”

Olive is New England prickly, resistant to change, suspicious of others, especially from “outside,” yet as ornery as she can be, she has amazing empathy for others, and in her old age, she is beginning to understand what’s been wrong all these years. She’s not likeable, not easy to get along with. Yet these characteristics often draw others to her. Olive will tell you if you look bad, but she’ll listen to you explain why.

Even when she meets a mousey woman at the senior apartments she eventually moves to, she feels the woman’s loneliness and need to have a friend, and something heartwarming blossoms, two lonely women counting on each other.

Olive always seems to redeem herself in some way. She doesn’t care for the bumper sticker on her caregiver’s truck — she’s a Democrat, but she can tell Betty has problems and finally asks her about them.

She corrects her second husband, Jack, when he talks about the Somalians who live in Shirley Falls, where Olive went to high school. “Somalis,” she says. That’s the right term. And when a Muslim woman comes to her aid, Olive is thrilled and impressed by her beautiful robe and scarf.

She hates snobs, although Jack points out that by hating snobs she is a snob herself.

Oh, Olive, full of contradictions, full of thoughts and fears and opinions. Olive is scared of dying. She is not recovering well from husband’s Henry’s death, and she feels so alone.

The stories are not all about Olive. Some are about the other people she knows. The 13 stories are connected, stories of love and loss and loneliness, stories of aging and losing parents and spouses.

We read about the Larkins, whose house burns down, killing Louise Larkin’s husband, who lived only on the third floor. Louise has “gone completely dopey-dope,” as Olive says. But the story is about the daughter, Suzanne, who must come to Crosby to plan the funeral and settle the estate. She thinks, “Help me help me help me help me” all the time, and goes to the only person she still knows, an ancient attorney named Bernie, who she turns to in her immense grief. “… Suzanne felt a deep deep affection for this man she had known from such a young age.”

Nothing about life is simple, as Olive discovers. She can still dismiss something with a “phooey on you” or her built in defensiveness, but she begins to see the truth of her life as she ages into her 70s and 80s.

Again and again, Strout turns to nature to help describe feeling, with sunlight becoming an important part of the moments of happiness. Nature can also describe the loneliness, as various characters, including Olive, find themselves going out to the Pointe to rid themselves of literal and figurative pain, watching the water, listening to the birds.

There are laugh-out-loud moments, and moments that will bring the sting of tears; moments that require a pause to reflect on the deep truths.

Damn, Strout can write. Her understanding of the human experience is a blessing to those who read her — people who think like Olive does, or like the people around her, people who see life changing and stopping for a moment to take that in.

This is a book for all times, but certainly for the years past 50, as we age and our parents do, too. Keep “Olive Kitteridge” and “Olive, Again” on your nightstand, as a reminder of the beautiful complexity of the human heart.

SRCS Concert: ‘In memory of those we have lost…