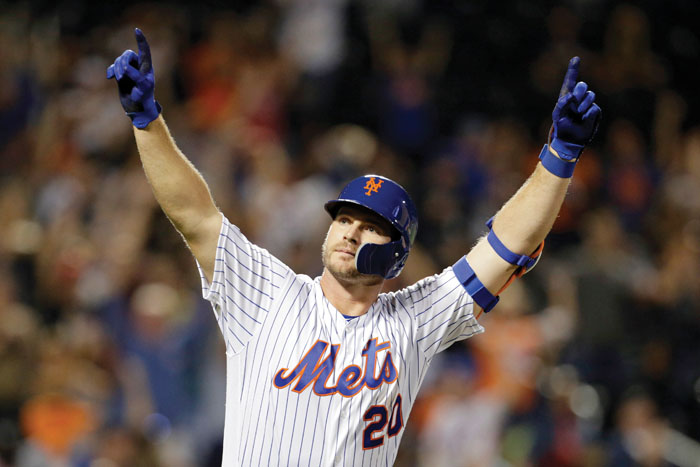 NEW YORK (AP) — Two days into the free agent market, the players’ association already is angry at a club.

“Every day you get more information. And we’ve had time to connect with 27 of the clubs — obviously the Astros and (Nationals) being in the World Series, they were tied up — but we had a chance to get a sense of what the other clubs are going to look to do in free agency, who might be available in trades,” Anthopoulos said, according to the union.

“The statements made by Braves GM Alex Anthopoulos call into question the integrity of the entire free-agent system,” Clark said. “The clear description of club coordination is egregious, and we have launched an immediate investigation looking into the matter.”

Seeking to clarify his remarks, Anthopoulos issued a statement Wednesday night in response.

“In advance of the general managers meetings, I called around to clubs to explore the possibility of potential offseason trades,” he said. “At no time during any of these calls was there discussion of individual free agents or the Braves’ intentions with respect to the free agent market. To the extent I indicated otherwise during my media availability on Monday, I misspoke and apologize for any confusion.”

Alonso was a unanimous choice in the National League, and Álvarez received six of seven first-place votes to take the AL honor. The other one went to Eloy Jiménez of the Chicago White Sox.

Alonso set a rookie record with 53 home runs for New York, becoming the first rookie to lead the majors outright in homers. He finished the season with 120 RBIs and a .941 OPS.

Both players are finalists and favorites for the Rookie of the Year awards to be announced Monday by the Baseball Writers’ Association of America.