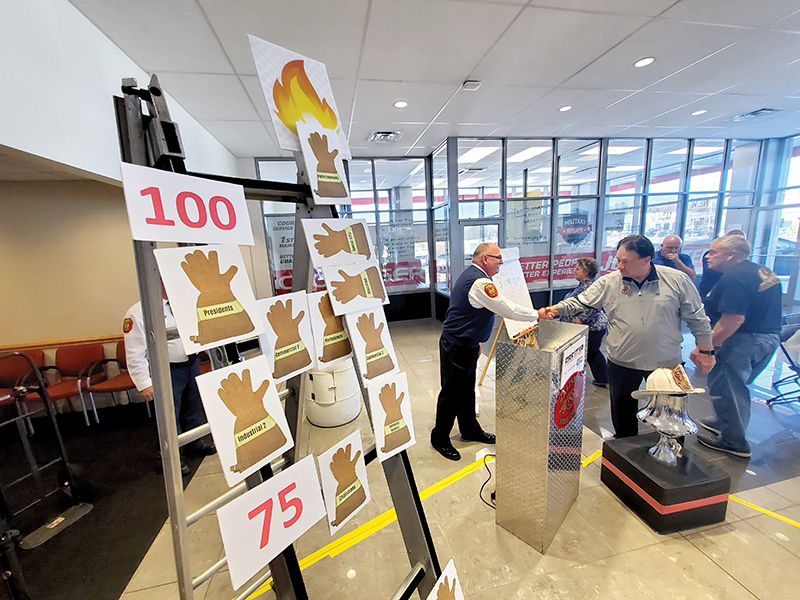 As of Wednesday, the United Way’s annual campaign had raised $1.22 million of its goal of $1,526,248, an odd number because of the number of calls for suicides and overdoses this year. The campaign has raised its goal by a few dozen dollars at each report meeting based on how many additional calls for service are received by county emergency responders.

The campaign is at roughly 80% of its goal, with the fundraising drive set to end Nov. 15.

Bob Parnell, Salisbury fire chief and 2019 United Way campaign chairman, said at the update meeting Wednesday that 80% is impressive but that members of this year’s fundraising team can’t rest until the goal is met.

Rowan County Emergency Services Chief Chris Soliz and the public employees division of the campaign has seen the most success fundraising. Soliz reported that the division has raised $114,765, which is 121% of its $95,150 goal.

Education, led by Rowan-Salisbury Schools Chief Strategy Officer Andrew Smith, is one campaign division nearing its goal. As of Wednesday, Smith said, the education division was at 89.3% or $133,199 of its $149,200 goal.

Smith introduced counselors from four schools in the district who talked about their campaigns. At Millbridge Elementary, for example, the United Way campaign generated $6,000 — a 5% increase over last year.

And Smith said Rowan-Cabarrus Community College has nearly doubled its campaign from the prior year.