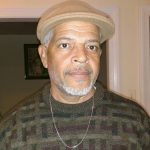 The converse — “judge me by my friends” — applies when we assess the character of the president. The optics people project reveals the people they admire most. For example, Martin Luther King admired Gandhi’s movement of peaceful demonstration to overthrow the presence of British colonizers. Barack Obama amplified the unifying spirit of former President Abraham Lincoln. Trump seeks to propagate the nativism of former president Andrew Jackson — a 19th century man emulated by a 21st century man.

The financial power of the 19th was rooted in “King Cotto.” The current financial power of the 21st is rooted in malicious accumulation of wealth. Both deflected, distracted and deceived, concocting the ideal of the heroic entrepreneur. Covetous people taking every opportunity to shift the risks of investment, they privatize the capital gains and socialized the responsibility of default, passing it to people whose income is derived through wages. One striking difference is Jackson put his blood and treasure on the line.

These men adhere to an extreme ideology of nativism, “xenophobic nationalism.” It perceives all people of color as threatening.

Jackson’s motive for removal of Native Americans from their land directly benefited the planter class. Trump’s disparagement of people of color coupled with his vaunted tax cut both solidifies his base and increases the financial gains of the 0.1%.  It also seeks to destroy ideas of equity, political inclusion and freedom of the fourth estate.

Creation by destruction for their own personal interests are traits both Jackson and Trump exhibit. Jackson sought destruction of the Bank of the United States for what was then the southwest.  Expansion for cotton and protection for his vital interest in enslavement. In doing so, he created an atmosphere where wealthy landowners exploited two commodities — human bodies and cotton.Trump seeks destruction of the Federal Reserve to protect his personal interests and ingratiate himself to the nefarious leaders of the worlds.

Both men exhibit a high degree of personal sense of aggrievement. Jackson was known as an easily poked man. The mother of Jackson, herself an immigrant, taught him ‘’Andrew, never tell a lie, nor take what is not your own, nor sue anybody for slander, assault and battery. Always settle them cases yourself.” He did, becoming a famous pistol dueler.

Trump boasted “When I get hit, I hit back harder.” When confronted with the truth concerning his self-promoted “birtherism movement,” Obama humiliated him in front of the world press. Here, his drive for the presidency crystalized. Whatever and whoever Trump needed to exact revenge was enlisted. Driven by the need to dismantle every achievement of his predecessor — a man in every aspect his antithesis.

Jackson, who allegedly stated “Chief Justice Marshall has made his decision now let him enforce it,” had an above-the-law mentality. Jackson espoused the doctrine of substantive due process, contending that enslavers could move their chattel of humans anywhere. He effectively undermined the Missouri Compromise of 1820.

Trump defiantly makes statements such as “I have the absolute right as president.” He created a shadow Department of State for collecting dirt on a political opponent. He shields his dubious wealth, behind claims of IRS audit. He swindles small business owners through ample use of bankruptcy provisions. His questionable accounting practices aim to avoid payment of taxes.

Anarchy is one potential consequence of all this. The other is the rise of an ambitious leader, unfettered by conscience, or precedent or decency, who would make himself supreme, said Lincoln. The other was corrosion from within — the rot, the viciousness, the lassitude, the ignorance, he said in an 1838 speech in Springfield, Illinois.

The current state of our nation is that Trump’s supporters suffer from the psychology of accommodation — they’re stuck with the defense of their defense of him. They can’t leave; it’s difficult to admit you were wrong.  Rephrasing Dennis Green, “He is who we thought he was, and we let him off the hook. Now crown Him.”

Or else, we the people can compel our representatives to perform the requirements of the Constitution: impeach and remove him from office.

By Gary Pearce A wave of new and young voters has come ashore in North Carolina – and could reshape... read more