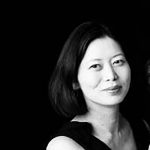 In September, the Rowan-Salisbury Board of Education voted, 4-3, to approve a $26 million renovation and rebuilding of Knox Middle School that would “extend the life of the facility by 20 to 25 years.”

As a local architect and parent-teacher association member at both Knox and Overton Elementary, I appealed to the board in an Oct. 13 My Turn to reconsider this poorly conceived plan that expects to spend — at a minimum — over a $1 million per year on what is essentially a giant band-aid (“RSS should reconsider Knox Middle plan”).

Since then, it has become apparent that the Board made this decision without having a clear plan to address the required relocation of current Knox students, faculty and staff during the renovation. On October 28, the board apparently settled on a preferred plan: moving Knox students to nearby Overton Elementary for two years. Under this plan, the current Overton students would be farmed out to other elementary schools. Overton, itself, would then be permanently closed once the Knox renovations were complete, thereby achieving after many false starts the board’s goal of saving operational costs through school closures.

I understand the grave financial burden created by the ever-increasing cost of maintaining aging facilities. In this case, however, there is a way to address the problem with much less upheaval for students, teachers and staff as well as with a much better return on our investment. In fact, the board itself proposed this alternative path at a public meeting last December: consolidate Knox and Overton into a new K-8 facility. Ironically, whereas most of the board’s attempts to address their increasing costs through school closures and mergers have met with severe public opposition, the parents and teachers at Knox and Overton actually embraced this proposal.

We asked only that the new consolidated facility be located within the current Knox-Overton campus. This desire was clearly heard: in the spring of 2019, LS3P Architects released a schematic plan for a consolidated K-8 school to be located between Overton and Knox.

This consolidation plan is vastly superior to the current proposal. Whereas the current proposal requires the displacement of Knox students for at least two years and the permanent displacement of Overton students, the consolidation plan requires no displacement at all: students would simply remain at their current schools until the new facility had been constructed. The board would not have to find new positions or let go of any teachers or staff, and the board-approved academic renewal plans that have been developed for each school could remain in place. Furthermore, while the consolidation plan would likely require more money up front, the money would be better spent, creating an up-to-date facility that would last well into the future with significantly reduced operational and maintenance costs. It would also eliminate the large operational and maintenance costs of two aging buildings — Knox at 61 years and Overton at 54 years — instead of eliminating the costs for only one while adding a multi-million-dollar band-aid to the other (older) one.

In light of these considerations, I again urge Board of Education members to take the long view and to revisit their recent decision. The option for which I am advocating does not even require starting from scratch. The board needs only to return to the plan they originally presented last December as adjusted in response to feedback. Building a combined Overton-Knox K-8 facility on the current campus would lessen the financial problem created by our aging facilities while also providing better support for our greatest and most precious assets, the students and teachers. Let’s solve this problem now so we don’t have to address the same issues again in 20 years.

Trick is an architect who lives in Salisbury. Her credentials include the American Institute of Architects, Leadership in Energy and Environmental Design professional in building design and construction and National Council of Architectural Registration Boards.

I would like to address the payment for the cost of coal ash cleanup forced upon the taxpayers and ratepayers... read more