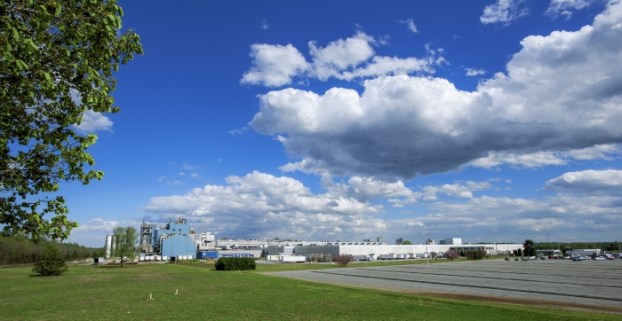 For one, confirmation came in a Friday meeting at a Holiday Inn near the highway. For another, it was a phone call on a Thursday.

Decades apart, news in 1963 that Fiber Industries would open a massive plant on Statesville Boulevard and earlier this year that Chewy.com, which sells pet products online, would build a fulfillment center on Long Ferry Road both promised a massive number of jobs — Fiber Industries with 1,000 and Chewy.com.

The first represents a once-booming industry — textiles. The second is a rapidly expanding, modern business — fulfillment warehouses for online shopping. They are the top two job announcements in Rowan’s history. Comparing the run-up to the two announcements is a case study in how economic development has changed.

Their attention was likely directed toward north Rowan sites, in part, because the repair facility at Spencer Shops, which employed nearly 3,000 people at its peak, shuttered in 1960. With talk at the time that the number of jobs would well exceed the publicly stated 1,000, Fiber Industries would have been a welcome addition.

But the north Rowan sites would require too much grading for the size plant that was being constructed, and the company in late October or early November set its sites on a large, flat, 436-acre tract 6 miles west of Salisbury in the Barber community.

Still, there was more work to do to land the plant.

The city and county agreed to spend money to extend water lines, but doing to same for sewer lines was a harder sell. An impromptu meeting on the Sunday night after President John F. Kennedy’s assassination at City Hall resulted in the solution that each person in attendance would call five to 10 of their influential friends to raise $125,000, wrote Jim Hurley Jr. in the Dec. 16, 1963 edition of the Salisbury Post. That effort brought 100 pledged contributions totaling $138,000 and, as Hurley wrote, this “more or less clinched the plant for Rowan, but the final decision wasn’t made until after a highway meeting with state officials.”

One year later, at the annual Chamber of Commerce banquet, then-Fiber Industries President David Taylor spoke about finding in Rowan a location that had features that included high per-capita education spending.

“You have one of the higher per capita expenditures for education in the state, reflecting citizens who are interested in the future of their families, community and nation,” Taylor said.

Since then, technology has vastly changed the way we communicate with one another. The profession of economic development has changed, too.

The involvement of company officials early on looks to be one difference between the two announcements. While Rowan Economic Development Commission President Rod Crider said he “had a good idea” that Chewy was the company looking to move to Rowan, he and others working on recruitment didn’t officially know until one to two months before the April 16 announcement.

That’s compared to 1963, when Fiber Industries officials were talking to local leaders months before a December announcement.

Chewy’s process involved developers competing with one another to identify the best site. While Rowan County was the final choice, the runner-up was somewhere in South Carolina. By the time developers contacted Rowan officials, Chewy and its consultants had done extensive research online on the area and its available sites, Crider said.

But, similar to Fiber Industries, Chewy (not just its consultants) met with existing employers and made a site visit, of which there was only one Crider knew about. A sewer line extension is required, too, but it will be paid for by a $1.5 million state grant.

Crider said he learned Rowan County was Chewy’s choice in a call from a company official at 3:20 p.m. on a Thursday before a spring economic development commission meeting.

So, why was Rowan County the choice over South Carolina?

“They told us our incentive package was slightly better. We did edge them out on that. The logistics costs were also in our favor,” Crider said.

And because Crider has a suspicion that Spartanburg was the other site in contention, he says workforce availability likely favored Rowan, too.

Now at the Chewy warehouse site, a massive concrete floor has been poured and walls are going up. Officials expect a June opening.

Meanwhile, the history of Fiber Industries has now come to a close. The Statesville Boulevard site eventually became DuraFiber and it shut its doors after a 2017 bankruptcy.

Dart to voter turnout so far in a municipal election year that features many exciting races. As reporter Liz Moomey... read more