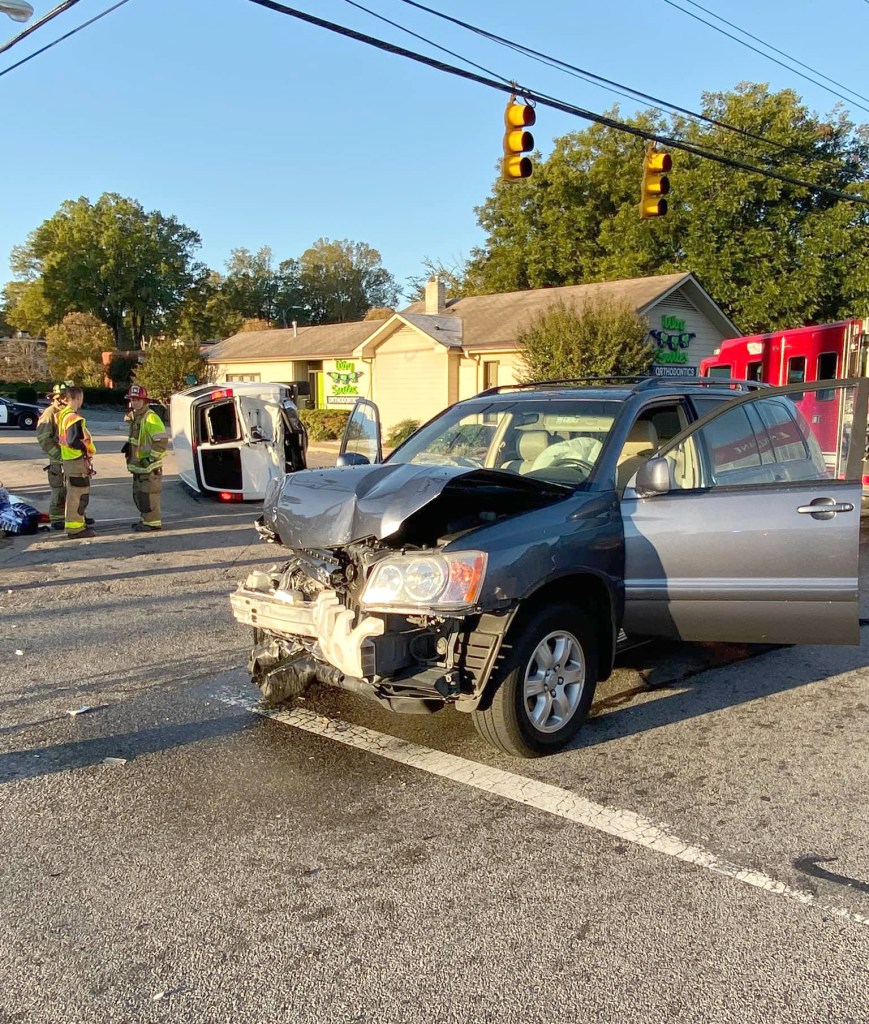 Salisbury Police responded to this two-vehicle collision early Sunday morning after a passenger vehicle and van carrying Catawba College students collided at the intersection of Brenner Avenue and Statesville Boulevard. The vehicle's driver said the sun was in her eyes and she didn't see the van. The vehicle clipped the van that caused it to flip. Police confirmed there were no significant injuries from students and the driver of the other vehicle. Photo by Salisbury Police

SALISBURY — A group of Catawba College students aboard a van headed to work at the Carolina Panthers game Sunday was involved in an early Sunday morning collision, according to Salisbury Police.

The van was at the intersection of Brenner Avenue and Statesville Boulevard when a sport utility vehicle struck the back of the van as the driver was turning, which caused the van to flip, said Police Capt. Melonie Thompson.

The crash occurred at 7:30 a.m. while the students were on their way to help with Sunday’s football game. The driver of the SUV told police the sun was in her eyes. Thompson said there were no significant injuries among the students on board and the driver of the vehicle.

Two lanes and the middle of the intersection was still blocked and cleared a few hours later. No other details were immediately available.