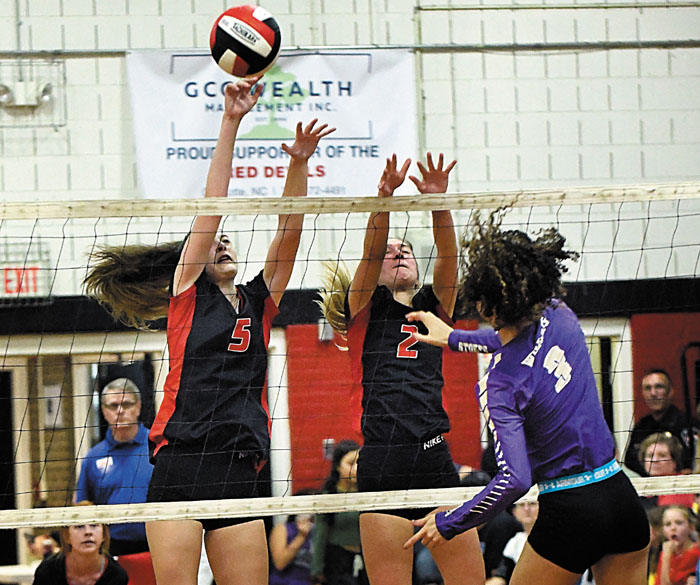 South had a 4-0 lead in the third set, its first lead of the match, but Ford caught up at 16-all and finished strong.

Senior Kira Rymer had 15 kills, 12 digs and 10 assists for the Raiders.

Payton Black had 15 digs.  The sophomore libero surpassed 1,000 digs for her career.

Michelle Thao  had nine kills and six digs for the Tigers.

Foard will host No. 2 seed Brevard (26-5) in Tuesday’s regional final.

South Rowan High is hosting the YFL Super Bowl games that will be played next Saturday.

West Rowan takes on Granite in the title game for grades 2-3-4.

South Rowan plays West Rowan in the game for grades 5-6.

Henry Morgan made a hole-in-one on No. 7 at Rolling Hills with an 8-iron.

Ricky Carlton made an  ace on No. 10 at Rolling Hills with a 9-wood.

Summer Howerton hit a  grand slam in the first game.

Jordan Dean and Taylor Martin went 3-for-3 in the second game. Dean hit a three-run homer.