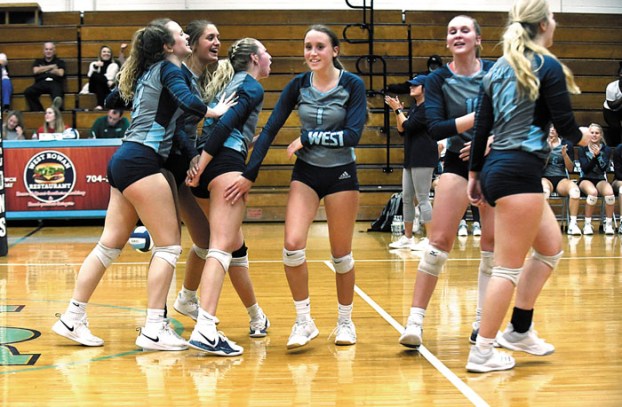 Quotes of the Week: ‘We’re not the underdogs’

“The only difference was last year, most people saw us as the underdogs when we beat them. This year, we’re not the underdogs.”

— Carly Stiller, a member of the West Rowan High School volleyball team, after a 3-2 come-from-behind win over A.C. Reynolds on Tuesday in the 3A state playoffs

“We need to just relax a little bit and make sure we have everything covered before we jump into a public hearing.”

— Josh Wagner, chairman of the Rowan County Board of Education, urging caution after the board approved a plan that could lead to the closure of Overton Elementary School while noting that moves to close other schools have met with strong community opposition

“I exceed in awkwardness. Anytime I go in the theater, I relate to anyone who’s in theater. We are family.”

— Miguel Villalobos, a freshman at Carson High School who, like others, has found a sense of belonging by taking part in theater class

“The people that I’m around who are not military — they just don’t understand.”

— Arthur Brown of Cleveland, who served in the Vietnam War, on the camaraderie that local veterans find at the Frontier Coffee Shop at K&W Cafeteria, a weekly gathering that offers free coffee, doughnuts and connections for veterans of all eras

“You can’t complain about who is in office if you don’t vote.”

— Starr Campbell, a Livingstone College junior who was among students who took advantage of a day off from classes and transportation provided by the school to cast their ballots Wednesday during early voting for the municipal election

… With three incumbents calling it quits … Hopefully, if Meredith, Katie and Ashley will open up the town manager... read more