Two-vehicle crash on North Main Street sends one to hospital 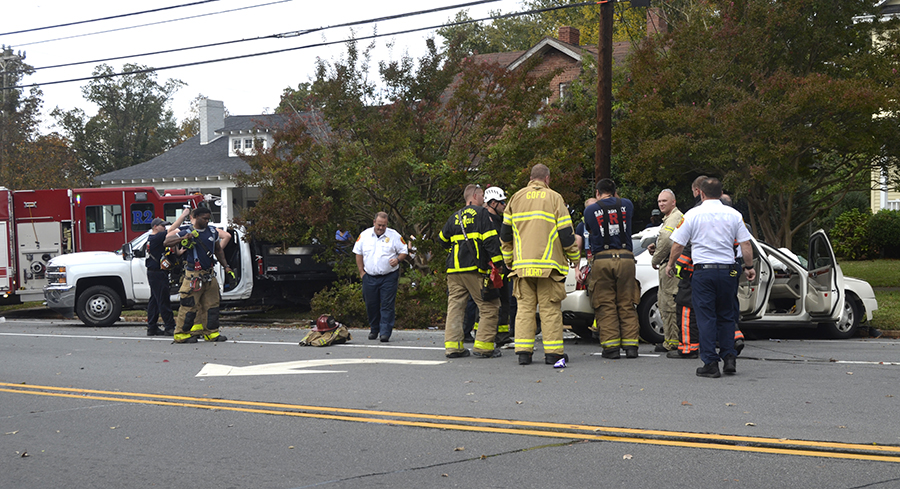 Multiple fire departments and emergency responders arrived on the scene of a two-vehicle collision in the 1200 block of North Main Street, in front of Henderson High School. One person was trapped in the passenger vehicle and taken to the hospital with minor injuries. Shavonne Walker/Salisbury Post

Shortly after noon Thursday, Curtis Blackwell Jr. was driving a 2001 Cadillac north on Main Street toward Spencer when he had a medical problem and crossed the center lane into oncoming traffic, Beam said.

He crossed into the path of a flatbed work truck driven by Keith Mohat, who was not injured.

Blackwell was trapped inside the vehicle, according to Salisbury Fire Chief Bob Parnell. He was freed by local firefighters.

The investigation is ongoing, Beam said.

The Salisbury, Millers Ferry and Granite Quarry fire departments responded to the accident, as did Rowan Rescue Squad and Rowan EMS.