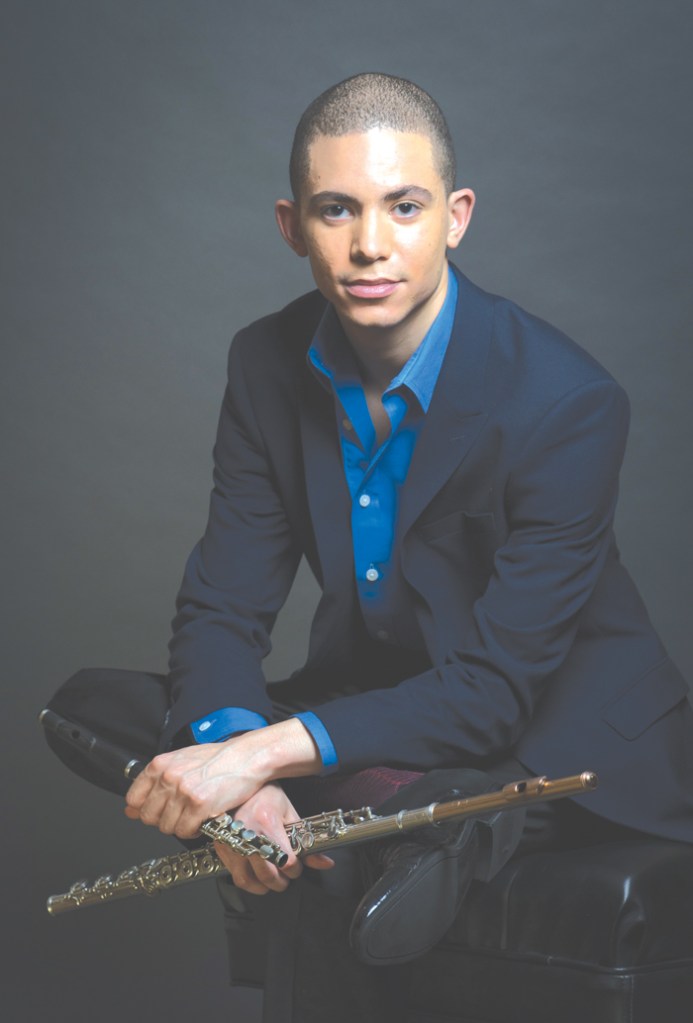 Soloist for the evening will be the talented flutist Anthony Trionfo

The next performance of the Salisbury Symphony Orchestra is fast approaching, and this one promises to be as unique and rewarding to audiences as October’s “Opera Fireworks.”

Titled “Elegance, Charm and Drama” by Music Director David Hagy, this concert showcases three very different pieces composed for chamber orchestra, a smaller group of 25-45 instruments with only a few playing each part. Orchestras in the 1700s and early 1800s for Haydn, Mozart, and Beethoven early in his career were typically this size.

Chamber orchestra works are often more intimate than works for larger groups since they were originally played in smaller venues, often for nobility and their friends. Works for a chamber orchestra by the best composers also tend to feature particular characteristics unique to chamber music. Each musician’s part is vital to the performance; melodies are often split among every player.

The concert title “Elegance, Charm and Drama,” refers in turn to each of the three pieces to be performed: Tchaikovsky’s Serenade for Strings Ibert’s Flute Concerto, and Beethoven’s Symphony No. 1. Each one is a masterpiece even though written for smaller forces than many other orchestra works.

The Beethoven Symphony has special meaning for Maestro Hagy, as it was the piece that he conducted in 1982 in his audition for graduate school at Yale with the famed conductor Otto-Werner Mueller. “It was Beethoven’s first symphony,” Hagy says, “so he used it to experiment with the form. He even played a joke on the audiences of the day, setting a speed for the expected ‘minuet’ dance movement that was far too fast to actually dance to.”

Our soloist for the evening will be the talented flutist Anthony Trionfo, who is one of about 20 young musicians managed by Young Concert Artists, a nonprofit organization “dedicated to discovering and launching the careers of exceptional, but unknown, young musicians from all over the world.” Trionfo will perform the Ibert Flute Concerto, a tour de force for any flutist to learn and perform.

Trionfo, from Interlochen, Mich., made his New York concerto debut with the same piece just last May with the Orchestra of Saint Luke’s. He only made his New York recital debut just over a year ago in March of 2018, where he was called “a musician of prodigious talent and scintillating personality.” He has won a long list of prestigious awards, including the Michaels Award, Saint Vincent College Concert Series Prize, Ruth Laredo Award and the Lied Center of Kansas Prize. He has debuted in the YCA Series at New York’s Merkin Concert Hall and Washington’s Kennedy Center.

7 p.m. preconcert talk by Mr. Hagy in the auditorium. Tickets are $30/advance and $35 on the day of the concert; senior discounts available. www.salisburysymphony.org