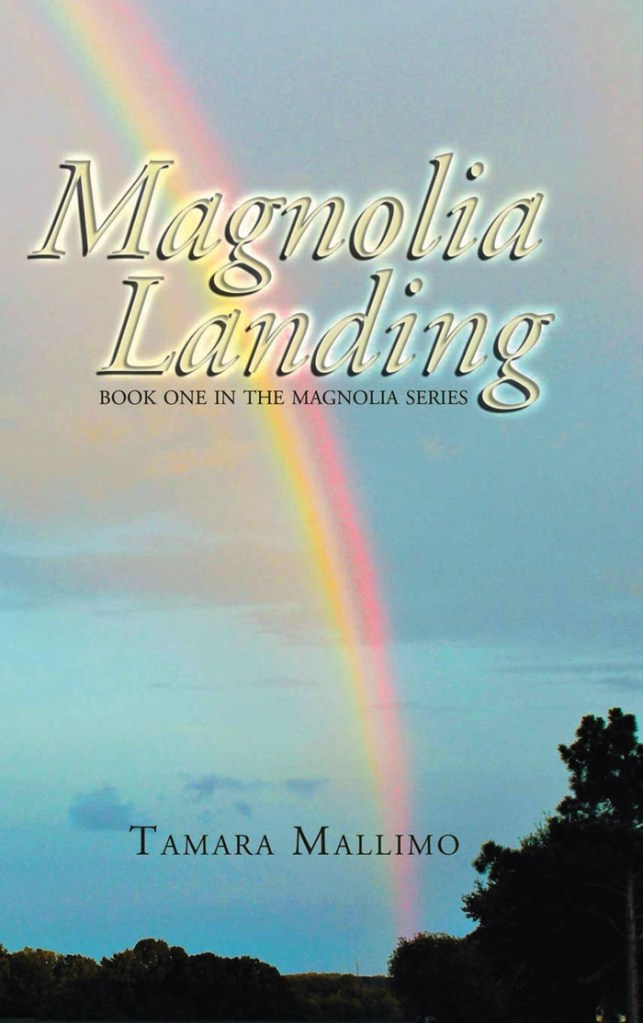 Inspired by the tales and legends passed down from her family, a Salisbury woman who attended Pfeiffer University recently wrote her first book about life on a Georgia plantation during the Civil War.

Tamara Mallimo’s book, “Magnolia Landing,” focuses on the relationship between teenage Malayna, whose family owns Magnolia Landing plantation, and her best friend Hattie, who, along with her family, are “helpers” on the plantation.

“I’ve always been fascinated with the Civil War,” Mallimo said, “and if you grow up in the South you know there’s always family tales and legends that are handed down from generation to generation.”

Mallimo combined her love of southern history and writing (she was a double major in English and History at Pfeiffer) and produced “Magnolia Landing.”

Unlike most historical accounts and those portrayed in films and books of the domineering and cruel landowner, John Wellington, Malayna’s father and head of the plantation, is not just sympathetic toward the slaves who work for him — he views them as people, not property. John makes sure they are taken care of and well-fed and he never mistreats them. He also lets the slaves know they can freely leave the plantation if they ever choose to do so.

“Grandmama raised my daddy, John, to be the kind of man who believed all people were people no matter where they came from, who they were born to, or the color God chose to dress their skin in,” Mallimo writes in the first chapter of the book.

Her husband, Michael, said that while the book’s perspective regarding how John and his family feel about their slaves was an anomaly at the time, “I do think it’s entirely possible that there were people in the South that had John’s perspective.”

Mallimo, who was born in Albemarle, had ancestors who fought in the war and owned slaves. According to family legend, they were kind to their slaves.

John and his daughter’s views regarding slavery helps define the main theme in the book, which is that people are more similar than different.

“We all bleed the same color,” Mallimo said.

While she knows she may receive criticism for writing a story that doesn’t necessarily take into account the harsh realities many slaves routinely dealt with, the story is fiction, she said.

Much of the book focuses on the metamorphosis Malayna undergoes, as the harsh realities of war penetrate her life at Magnolia Landing.

Malayna has a certain innocence about her, fostered from her father’s progressive beliefs about slaves, but throughout the book, as she encounters more of the outside world — especially Northern soldiers fighting for the Union — she grows up and becomes more disillusioned.

The book, Mallimo says, helps challenge preconceived notions: not all Southerners were cruel and violent toward slaves while not all Northerners were sympathetic toward them.

Many of the characters and plot lines in the story were modeled after similar people and events in Mallimo’s life.

Malayna and her family continuing to work the plantation after her father and the rest of the men went off to war, for example, was based on Mallimo’s experience after Michael traveled overseas as part of the Army National Guard.

“I had four little girls to raise,” Mallimo said. “I couldn’t sit and cry in a corner when he went to Iraq.”

The book took her about a year to write and while she had a concept for how she wanted to start the book, as she was writing, she organically let the characters tell the story.

“Magnolia Landing” is the first book in a planned three-book series featuring Malayna and Hattie. Mallimo, who lives in Salisbury, is writing the second book.