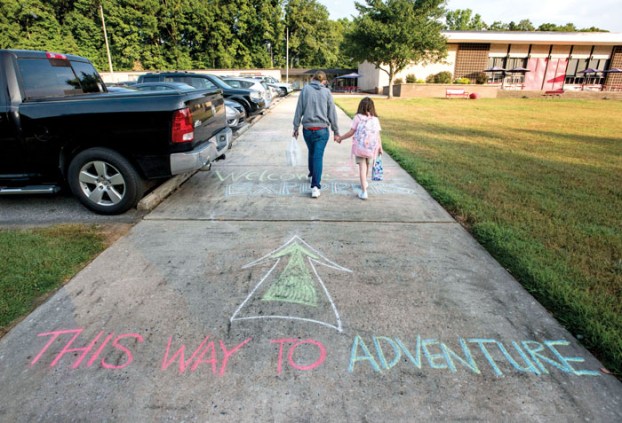 The Rowan-Salisbury School Board has trained its sights on a plan to close a school in the district.

This time, it’s Overton Elementary, which would be shuttered in conjunction with a major renovation of Knox Middle School. That renovation would strip the building of everything but its bare bones in what school officials and architects have argued is nearly like building a new school.

A mitigating factor: parents of Knox students have known for years that some disruption was coming. Talks about replacing or renovating Knox are years old by now, and the project is the only remaining, uncompleted item in a mediation agreement with county commissioners signed years ago, too.

And with talk of a combined K-8 school, disruption wasn’t unexpected for Overton students either.

But closure talk may nonetheless prompt some of the same debate we’ve grown accustomed to hearing in recent years. School board members will talk about the many open seats in elementary schools in the district. And parents will make the case for community schools.

A major difference from past proposals is that school board members must make a decision this time. They’ve already approved a $26 million renovation plan and students from Knox likely will need to enroll in classes somewhere other than the middle school in the 2020-2021 year.

Where those students enroll is up to the school board. The choice doesn’t necessarily need to involve closing Overton, but other options could either be more costly or more disruptive to students and staff.

Perhaps the least disruptive plan would involve creating a campus of mobile units on the football field between Knox and Overton. But that plan would come with an estimated price tag of $2 million.

The school board could also disperse Knox students to nearby middle schools, but that is a far more disruptive option because students and teachers would need to return to the new Knox after two years. Any programs underway at Knox would be suspended when students and staff are dispersed and restarted almost from scratch upon Knox’s reopening.

School board members will make some parents unhappy no matter what decision they make, and the probability seems higher this time that closure goes through.

At a minimum, the board should follow the advice of Wagner, who said after Monday night’s meeting that “we need to just relax a little bit and make sure we have everything covered before we jump into a public hearing.”