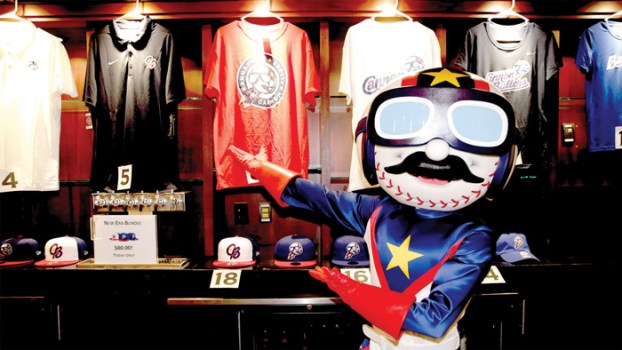 KANNAPOLIS — The Cannon Ballers minor league baseball team says merchandise has been flying off the shelves since the new name was unveiled last week.

The team declined to reveal specific sales numbers but said it has sold out of three T-shirt designs and has ordered more. In addition to foot traffic at a downtown pop-up store, the team fielded orders from 38 states in the first five days of sales.

Because of the demand, the Kannapolis Cannon Ballers downtown retail store will remain open in the former 46 Restaurant, located at 101 West Ave. at the north end of the Kannapolis Streetscape.

Apparel and novelties feature the team’s new name and logos introduced last week as part of “The Big Reveal.”

“We have received an overwhelming response as fans love the new look and colors of the Cannon Ballers,” said team general manager Matt Millward. “It’s obvious that the public wants to check out the new gear firsthand, so we’re thrilled to keep our store in between the Gem Theatre and the new ballpark construction site open for many more weeks to come.”

Additional items and styles will be released as the 2020 season approaches.

The team will take the field for the first time in Kannapolis at 7 p.m. April 16.