One week of early voting left in municipal races 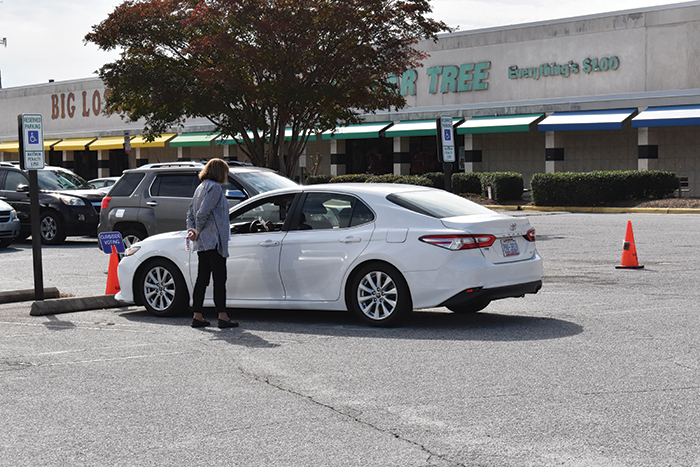 An election worker assists with curbside voting on Friday at the Rowan County Board of Elections office.

SALISBURY — By Friday, more than 1,000 people wanting to forgo lines on Election Day or planning to be out of town had voted early in one of the 10 municipal elections.

One-stop voting, which allows citizens to register and vote in one location, will continue on Saturday at 9 a.m.-2 p.m. at the Rowan County Board of Elections, at 1935 Jake Alexander Blvd. W. In the West End Plaza. Voters can also cast a ballot Monday-Friday at 7 a.m.-7 p.m. at the elections office.

Cathi Brandt, a Salisbury resident, voted early Friday — a tradition she has with her husband. Early voting, Brandt said, is convenient and gives her the ability to take her time while filling out the ballot. On Election Day and with the lines, Brandt said she often feels rushed.

She also encourages her family and friends to vote early, sending a group text reminder.

Brandt said voting has always been important, as she grew up in a political family. She has knocked on doors and stuffed envelopes.

“I appreciate the process, and the gift that the right to vote is,” Brandt said. “We live in the greatest country because of this freedom.”

Meredith and Bryan Overcash, Salisbury residents, came to vote early as well. Meredith said it’s easy and fast and also the “most important thing to do” in the country.

Meredith noted the availability of curbside voting, which allows the elderly and senior citizens to stay in their car as they vote. A poll worker will meet them at the parking spots. She said she told her parents about it.

Bryan said they generally vote early because they never know if they will be traveling or if something else pops up.

Brandt said she was looking at positive campaigns. She considers herself a conservative Republican with an open mind. Brandt said she wants a council that puts the community first and foremost.

Walter Hamilton voted as well in the Salisbury municipal election. Hamilton said he votes every year whether it’s early or on Election Day. Hamilton works second shift, so voting early was convenient.

“I recommend voting, period,” Hamilton said. “Whether is is on Election Day or early.”

Elections officer Richard Dillion said, despite the good weather, they have been disappointed by the low voter turnout.

As of Thursday, 1,022 people (or 1.14% of eligible, registered voters) have voted early or by absentee ballot.