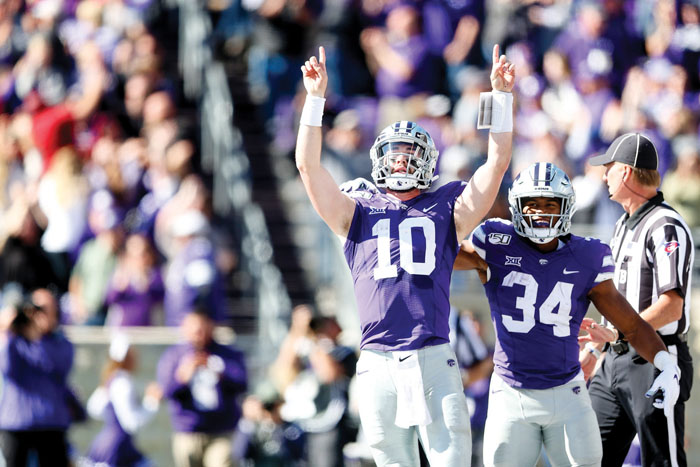 The Bulls (4-4, 2-2 American Athletic Conference) rushed for 347 yards including 99 and a touchdown from Jah’Quez Evans. Jordan McCloud was 9-of-12 passing with two touchdowns. Kirk Rygol added another TD pass.

CHARLOTTE (AP) — Chris Reynolds threw a 34-yard touchdown pass to Victor Tucker with 18 seconds left to give Charlotte a 39-38 victory over North Texas on Saturday.

North Texas (3-5, 2-2 Conference USA) was at the 50 with four seconds to play, but Mason Fine fumbled the ball on a sack from Markees Watts to end the game.

Reynolds (Davie County High School) threw three touchdown passes, was 24 of 32 for 336 yards passing, and had a touchdown run. Tucker had 10 catches for 140 yards.

Fine threw five touchdown passes and was 26-of-38 passing for 394 yards to lead North Texas.