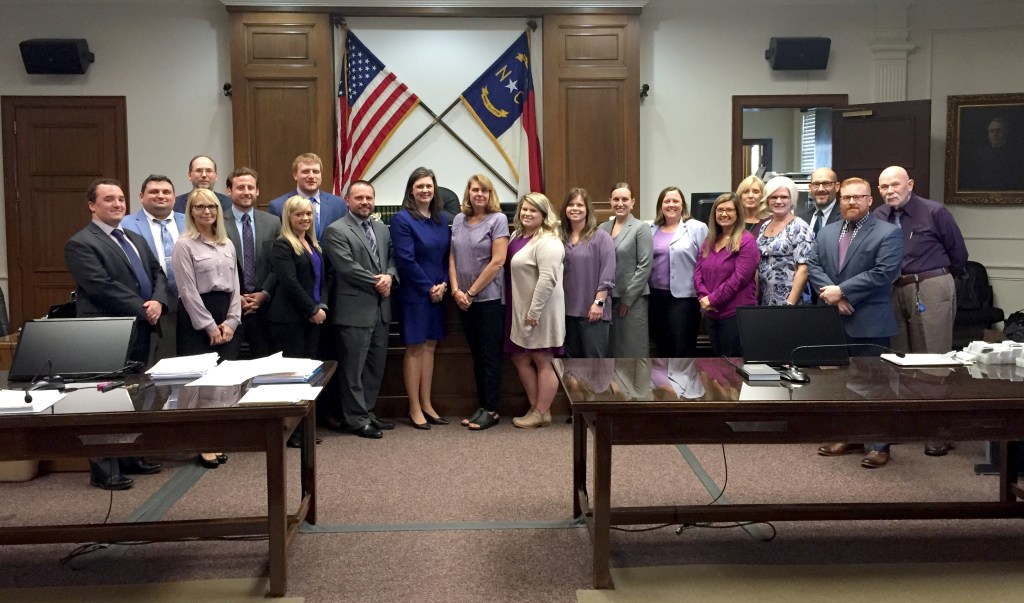 District Attorney Brandy Cook said she, “leads an office of dedicated men and women who work tirelessly to keep our community safe and support victims of crime.”

Several years ago, Cook said she recognized the need to prioritize domestic violence cases, which were intermingled with other types of criminal offenses in district court.

Cook applied for and received a grant for a prosecutor and legal assistant. With the cooperation of courthouse officials, she was able to create a dedicated domestic violence court. The specialized team, consisting of a prosecutor and now a victim service coordinator still exists, even though the grant ended.

The District Attorney’s Office has been able to provide timely notification to domestic violence victims about the criminal justice process and available resources in this community, Cook said.

Cook said her office works closely with the Family Crisis Council of Rowan County in this endeavor. She said the collaboration has resulted in increased cooperation among domestic violence victims as well as successful prosecutions.

Cook said it is her hope that “by bringing awareness to domestic violence, we can stop the cycle of abuse in our community.”

Sandy Parsons set to go to trial for murder…