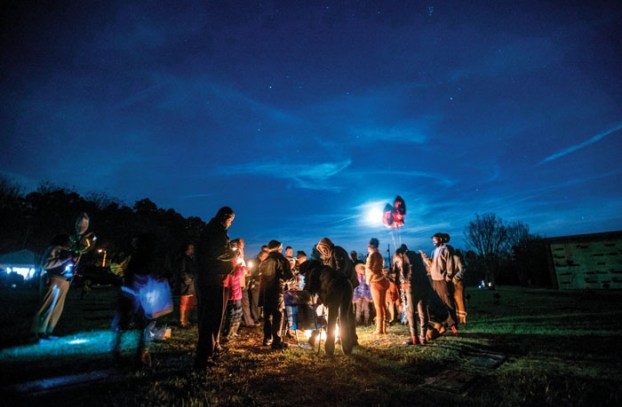 Family, friends, law enforcement and clergy gathered at the grave of 7-year-old A'yanna Allen in late 2017. She was killed one year earlier. Jon C. Lakey/Salisbury Post

Quotes of the week: ‘Not just my family’

“To be honest, it’s not just my family. A’yanna as well. She was younger than my brothers and my son. She didn’t get to live out her dream because someone took her life unexpectedly. We all need justice.”

— Crischelle Patterson, a whose brothers died in 2008 and 2016 in shootings that remain unsolved. The Salisbury Police Department recently created a website highlighting so-called “cold cases.”

“I have to give thanks to my offensive line and wide receives because, if it wasn’t for them tonight, this wouldn’t have happened. Everything was blocked up perfectly.”

“We’re showing we don’t have quite the $15 million left in our capacity to borrow, and I certainly don’t want to short that community with what they need, but, at the same time, I am not seeing the numbers stack up.”

— Craig Pierce, a Rowan County commissioner who proposed that another, cheaper proposal be considered for events space and an agricultural center at West End Plaza.

— Andy Sandler, owner of the Kannapolis minor league baseball team who was speaking Thursday after the announcement that the team would be known as “the Cannon Ballers.”

Readers will only find one endorsement in the Salisbury Post for the 2019 municipal election ballot. That endorsement is for... read more