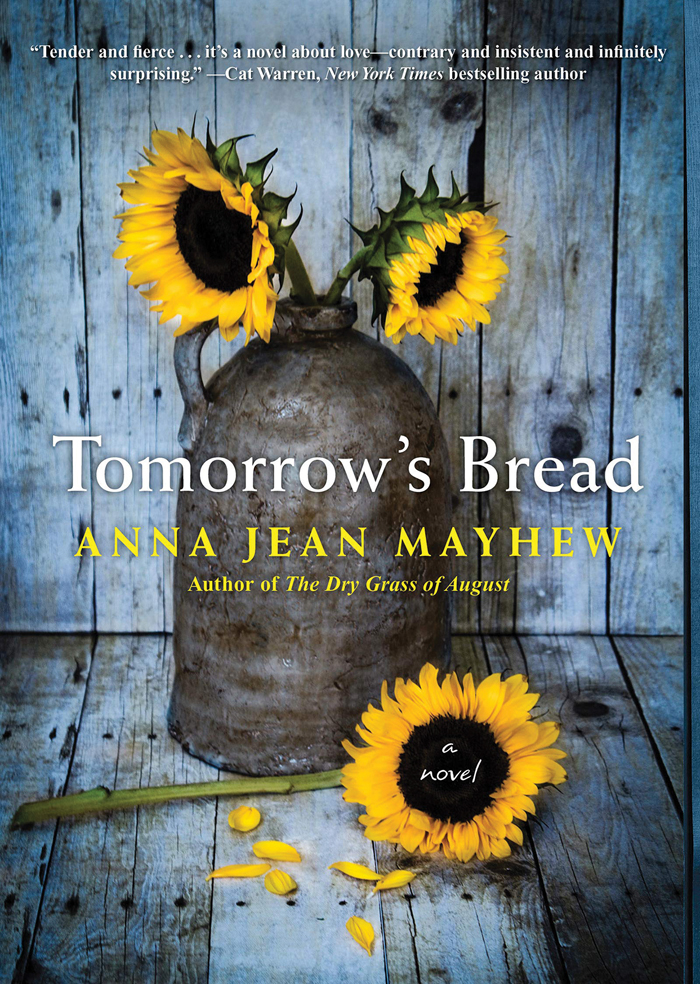 Probably simple things — love, family, a safe place to live, friends, a church where you can find comfort.

Mayhew grew up in Charlotte, and sets this novel there, drawing on her past, as well as Charlotte’s history to tell this story of one family uprooted by the urban renewal that swept through black neighborhoods in the 1960s.

Hearing their neighborhood called a “blight” and seeing photos and stories that depict what was then known as Brooklyn, or Blue Heaven, as a place of dilapidated houses and piles of trash, Loraylee, her grandmother, Bibi, and Uncle Ray know the outside world is not seeing the whole truth. Their friends feel the same way, along with an almost debilitating sense of finality.

Loraylee and her son, Hawk, share a bedroom in her grandmother’s house. Bibi and Uncle Ray raised her when both parents disappeared. They have a garden in the back yard and a magnificent magnolia tree in the front.

The house is clean. The people inside well-fed, clothed as best they can afford. Uncle Ray is a veteran, and Loraylee has worked since she was old enough to be allowed, first at a pharmacy, then at the neighborhood grocery, and finally, at the S&W Cafeteria downtown.

The people in this community take care of each other. When someone nearby has trouble, they all help, whether it’s a new baby or a death in the family or a horrifying fire.

That doesn’t sound so unusual.

But city planners of the time wanted to get “those people” out of there, claiming it’s for the best, but really just wanting the land cleared for development.

It happened all over the country, and right here in Salisbury. Those homes, no matter what shape they were in, belonged to the people. Those homes created a community. City officials in any number of Southern states saw shacks and lives that didn’t amount to much. They saw dollar signs and busy buildings.

Mayhew creates the characters who tell the story of what life was really like in Brooklyn, using her own memories and thorough research from direct sources.

She takes the human side of the story. We can feel the heat as Loraylee must walk from the bus stop home. We can smell her grandmother’s cooking, feel the loneliness of the Rev. Eben Polk, pastor of St. Timothy’s Second Presbyterian Church, missing his wife. Polk quietly serves his flock, helping to raise his alcoholic brother’s son. Eben does not hesitate when a devastating fire rips through one of the most run-down sections of the area. He open his church, his manse, gives his coat away numerous times, just to get it back from those who used it in the cold.

When a tragedy befalls Loraylee’s family, the women come with food, cakes, hugs. The men search for a missing person, until all hours.

The bright spot in Loraylee’s life is Mr. Griffin, her boss at the S&W, a redheaded man who is conscientious and caring, and who sees a kindred soul in Loraylee’s eyes.

Both know a real relationship would doom them to a life of persecution. Still, the love is there.

“Tomorrow’s Bread” is a simple story about the people of Brooklyn. There’s Jonny No Age, the florist, whose great sin is to love another man. There’s Persy, who tells just a small part of the story, a white woman married to a lawyer working with the city to bulldoze the area. She finds compassion for Loraylee and her family.

Eben and Loraylee tell the rest of the story, so we get the perspective of an aging minister who has seen too much, and a young woman who wants so much, as well as a white woman who has lost the things that matter.

That magnolia tree has deeper meanings, its evergreen status a reminder of hope and the future.

But what does the title suggest? Does it imply these fine folk don’t know where tomorrow’s bread will come from? Will they be homeless, adrift in parts of the city they don’t know and that don’t want them? Or are they making tomorrow’s bread as they prepare for the inevitable.

Readers will find the ending touching, as Loraylee and Mr. Griffin look forward to the future, and young Hawk finds happiness in a new place.

But we all know what the late 1960s and 1970s were like. The struggle for the people removed from First Ward didn’t end once their property was destroyed. They became part of a larger struggle, one that we are facing again today. It seems yesterday’s bread has spoiled, and we need to make it fresh again, and do it together.

Mayhew’s first novel, “The Dry Grass of August,” won the Sir Walter Raleigh Award for Fiction, and was a finalist for the Book Award from the Southern Independent Booksellers Alliance. She has been writer-in-residence at Moulin à Nef Studio Center in Auvillar, France, and was a member of the first Board of Trustees of the North Carolina Writers’ Network. Her work reflects her vivid memories of growing up in the segregated South.