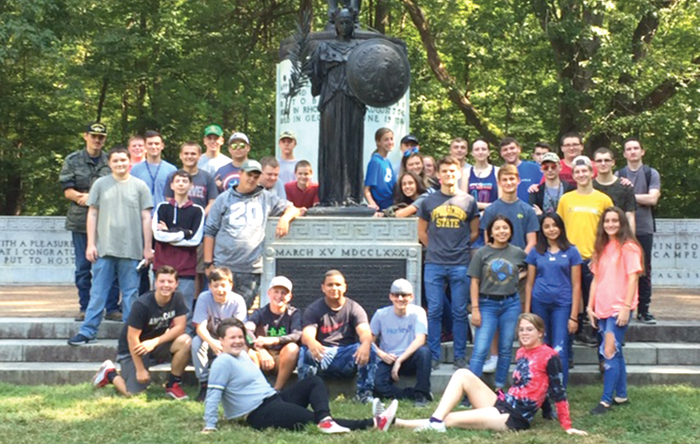 The purpose of the field trip was to familiarize cadets with the final major battle of the American Revolution, which prompted British Gen. Lord Cornwallis to abandon his Southern strategy and eventually make his way to Yorktown, Virginia.

This trip built upon past South JROTC visits to Kings Mountain and Cowpens national military parks, where important battles were fought in the eventual withdrawal of British forces from the American South and ultimate victory and independence for what became the United States.

Cadets were impressed with all facets of the tour, especially a video explaining the battle and the underlying motivations and hopes of representative participants. Other noteworthy features and resources included an artifact display, animated battle map, bookstore and a battlefield tour road that can be traversed by activity bus.

One battlefield visitor approached the two instructors and expressed appreciation that JROTC is bringing high school students to places like Guilford Courthouse, enabling them to see and understand an important part of the nation’s history.