KANNAPOLIS – The suspect has been arrested in the early morning shooting that prompted lockdowns in the Rowan-Salisbury Schools. 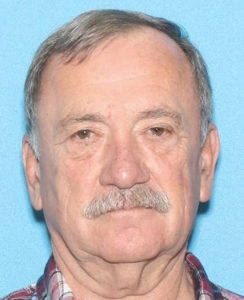 Gary Belk, 66, of East 29th Street, Kannapolis, was charged with assault with a deadly weapon inflicting serious injury and first-degree kidnapping in the shooting of his estranged wife, Valerie Belk.

At about 7:15 a.m., Valerie Belk arrived at her place of employment on Denver Street in Kannapolis. She was then approached by the suspect, Gary Belk, who is her estranged husband. He pointed a handgun at her and ordered her back inside her car and told her to drive around the block.

In the area of 100 North Ridge Avenue, the victim tried to get out of the car and flee from the suspect. Gary Belk fired one shot from his handgun, striking Valerie Belk in the shoulder. The victim sustained non-life-threatening injuries and was able to get back inside her car and flee the scene.

Gary Belk was later taken into custody at his home in Rowan County by deputies from the Rowan County Sheriff’s Office. He was transported to the Cabarrus County Jail.

Further details of this incident are limited at this time because the investigation is still active and ongoing.