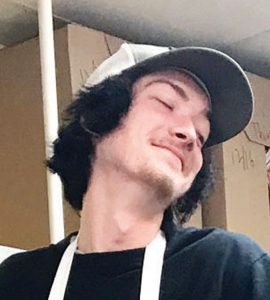 SALISBURY — A Concord family is mourning the death of a 19-year-old who was killed in Cabarrus County and discovered inside his vehicle in Rockwell late last week.

Hunter Hess Howell, 3400 Rimer Road, was found inside his Toyota RAV4 at 1099 Lower Stone Church Road. His family said he’d left on Thursday around 11 a.m. to run an errand and never returned.

That’s different than an account provided by the Rowan County Sheriff’s Office investigators, who said a person living nearby said the vehicle had been there since late Wednesday afternoon. Rowan and Cabarrus County sheriff’s detectives are jointly investigating the murder.

According to Howell’s maternal grandmother, Pamela Presson, the family doesn’t know what errand he left for, but said he was expected to return home within a few hours.

Howell, who’d just graduated from high school, lived at home with his parents, Rikki and Eric. He worked at a Jimmy John’s restaurant along with his sister, Ashley.

Presson said no one had a bad thing to say about her grandson.

“He was exceptional, well-mannered,” she said.

Howell often checked on his grandmother and, once school was over, he often spent time with her at her Pageland, South Carolina, home.

He recently purchased the car he was driving from a relative and just made his first payment. It was his first car.

“We are really having a hard time with this,” Presson said.

Cabarrus officials said subsequent investigative work confirmed the death did occur in Cabarrus County. They also said it was an isolated incident, with no further threat to the community.

Cabarrus County officials said they will release additional information as the investigation continues.