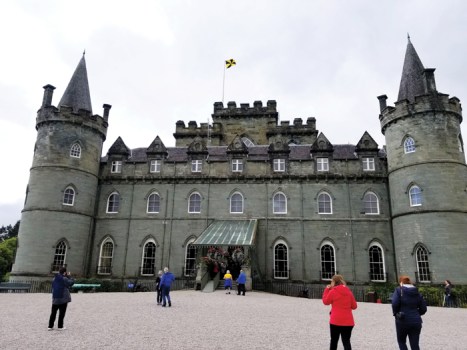 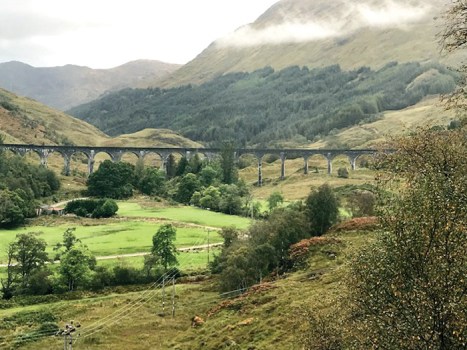 this bridge was used in one of the scenes from harry Potter (might have been when the car was flying toward hogwarts?) 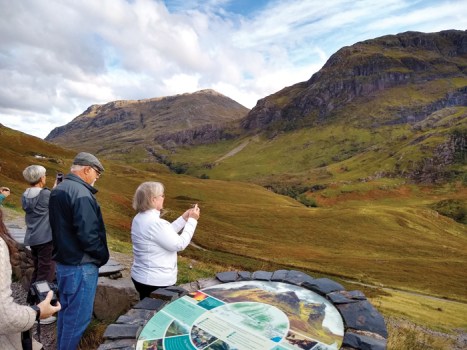 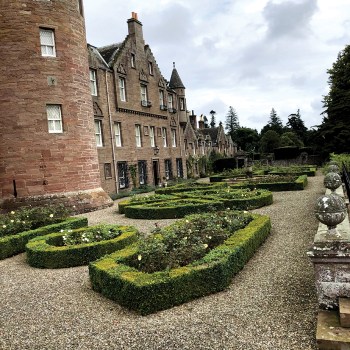 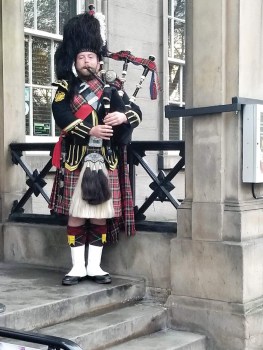 Scottish piper. The Scottish are very connected to their heritage and history 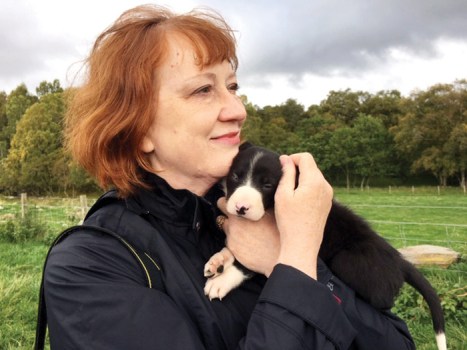 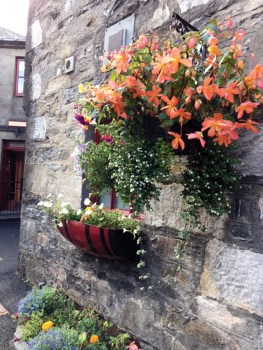 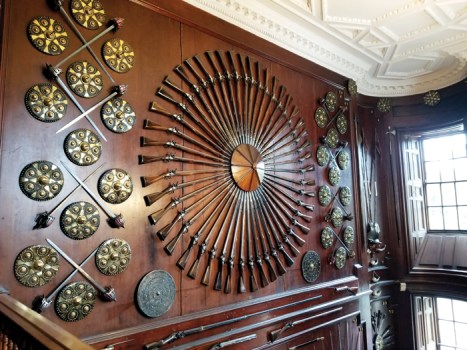 family historical weapons on display in all the castles 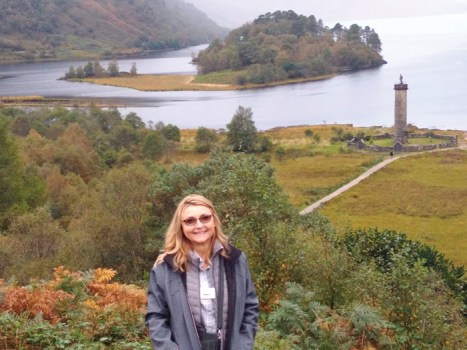 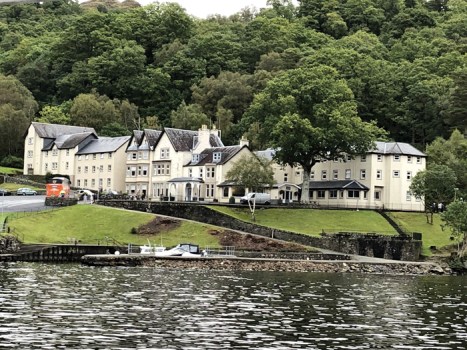 Manor house on the shores of Loch Lomand

In the fall of 2017, the Rowan Travelers did a tour of scenic Great Britain that included a day and a half of the Scotland.

This brief visit was spectacular, and the group wanted to see more of this beautiful country. So The Rowan Travelers decided to return for more of Scotland and a wonderful experience with the CIE Scottish Dream Tour.

Twelve members of the Rowan Travelers began the tour in late September, starting in Glasgow and ending in Edinburgh. The eight-day tour encompassed scenic drives through the Isle of Skye, Loch Lomand and visited five castles and palaces along the way.

Scotland is about the same size as South Carolina, which encompasses tremendously scenic mountains and lakes (lochs such as Loch Ness).

The Highland weather is normally quite rainy and blustery, but our group experienced only a half day of soft rainfall. Katherine Jones must have waved her magic “weather wand” as the days were filled with a blend of low-lying clouds and sunlight on the Scottish hills.

It was 90+ degrees when we flew out of Charlotte, arriving in Scotland to highs in the low 60s — a very pleasant contrast and lovely conditions for our entire adventure.

The Rowan Travelers, along with 30 others from various parts of the United States, were amazed at the scenic beauty of the hills and vales of Scotland. Scotland’s many trees were showing hints of fall color along the drive. Most of the Highland areas however, were vast areas without trees, featuring large, green pastures of deer, sheep and cattle. The Scottish Highland areas were very similar to those in Ireland.

We were fortunate to be able to encounter their traditional Highland cattle. These are large, docile cattle with long red hair. The “Heilan coo” cattle are the oldest registered cattle breed in the world, dating back to the 6th century. Some of the travelers had a chance to feed the docile animals.

Our tour was guided by Scotsman Iamm Hume, who, distinctly dressed in his Scottish kilt each day, provided our roving tour group with a wealth of information of Scottish culture, history and politics. Retired Scottish college lecturer, Iamm educated our group with constant information during our adventure. He was especially proficient with information about the Jacobite War and the Scottish Clans.

The scenic drive was scattered with picturesque lakes and waterways with deep, beautifully dark blue water. The group was fortunate to embarked on an hour-long cruise of Lock Lomand and also visited Lock Ness, home of Scotland’s legendary Lock Ness monster.

Along the picturesque drive, our tour visited large castles or palaces almost daily as Scotland has more than 2,000 of them. One of our hotels, the Athol Palace Hotel in Pitlochry, was a converted palace from the Victorian Era. Blair and Inveraray Castles were majestic castles utilized in the British television series Downton Abby and Victoria. Glamis Castle is the setting for the Scottish Play, Macbeth, and is a home of the Royal Family.

All the castles the group visited were lavish, with narrow winding stairs and abounding in history and interesting tales and ghost stories.

The castles and palaces all featured a an abundance of historic paintings, artifacts of swords, guns and even antlers. Blair Castle had amassed a collection of over 400 elk head antlers.

All the castles and palaces also featured beautiful, majestic gardens. Most homes had both formal and casual plantings, a strong magnet for Master Gardeners on the excursion. Bedding plants, flowering perennials, shrubs and trees in Scotland have textbook growing conditions, producing lavish and beautiful flowers everywhere. It would be difficult to find an ugly flower in Scotland.

Travel agent Debbie Faggart was again instrumental in providing spotless logistics and pertinent detailed information along with the airport shuttle provided by Salisbury Motor Company. The Rowan Travelers were, again, simply a pleasure as travel companions.

The tours of the Highlands and castles of Scotland were quite fascinating, with the abundance of castles and palaces. The scenery was picturesque, providing travelers with ample photographic opportunities.

However, one aspect that one cannot experience until they visit is the Scottish love of their culture and tradition.