Quotes of the Week: ‘It’s a parker problem’ 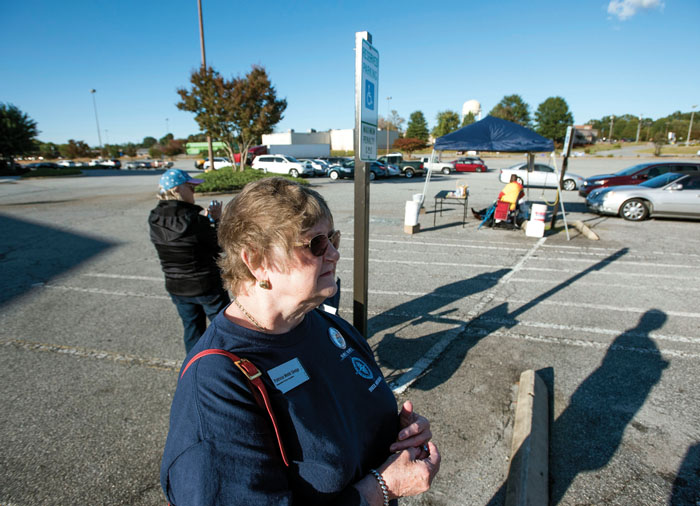 Patricia Webb Sledge, a candidate for Spencer town board, came to the Board of Elections Office to cast her votes as early voting started Wednesday. Jon C. Lakey/Salisbury Post

“The right to vote is something that you should never take for granted.”

— Patricia Webb Sledge, a candidate for the Spencer Board of Aldermen, who was among the more than 130 voters who cast
ballots Wednesday, the first day of early voting in this year’s municipal elections

— Mayor Pro Tem David Post, during a Salisbury City Council discussion about how to best use “opportunity zones” to encourage investment and revitalization in the city

“Somebody cared enough to put programs in place so that I can stand here and talk about what a lot of people have been through. … There is a way out.”

— Briana Stout, a recovering drug addict, speaking during a campaign update for Rowan County United Way on the mental health and recovery programs supported by the agency

“It’s not every day that 13-year-old girls get to go and meet the
president, and not a lot of people get to go in the Oval Office.”

— Kassidy Sechler, a member of the Rowan County Little League softball team, which was invited to the White House last Friday in recognition of the team’s World Series championship

“I’m torn between the beaver and the bear being my favorite part.”

— Mark Scott, on the totem pole that his father built more than 20 years ago, which he recently moved from his parents’ former home in Washington state to his own backyard on High Rock Lake

— Brian Miller, a member of the Salisbury City Council, during a discussion of a consultant’s report that says downtown has
sufficient parking available despite a public perception that it’s hard to find a space there