NC justice: Rights given to people by God, not government 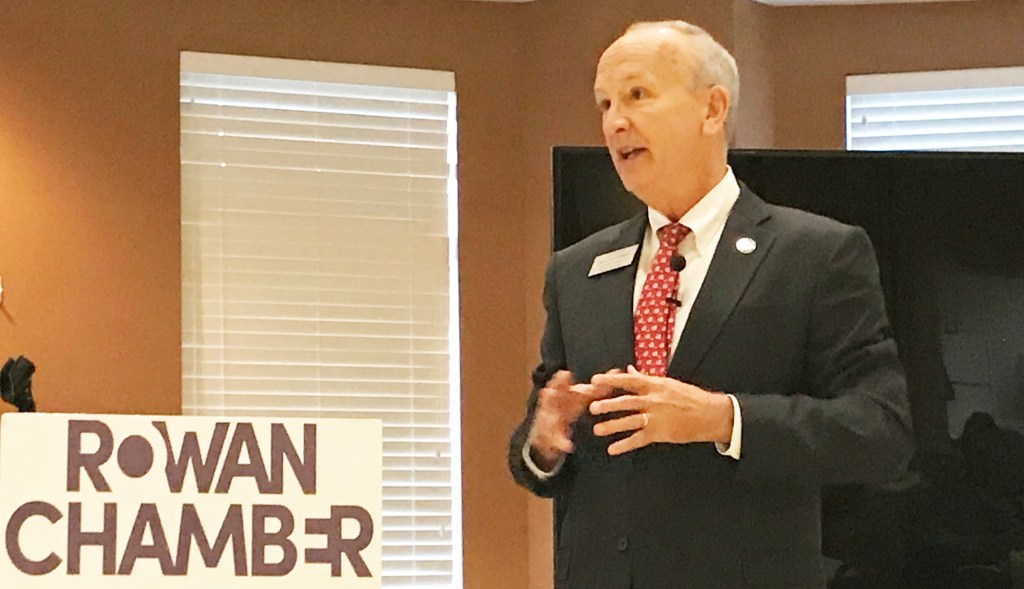 Justice Paul Newby speaks at the Rowan Chamber of Commerce’s Power in Partnership Breakfast for the month of October this Thursday. Terrence Jefferies/Salisbury Post

SALISBURY – N.C. Supreme Court Justice Paul Newby on Thursday spoke at the Rowan Chamber of Commerce’s Power in Partnership Breakfast about where residents of the state derive their rights.

Newby is the senior associate justice of court, was elected in 2004 and is also an adjunct professor at Campbell University School of Law.

He spoke about each person having the same “fundamental rights and freedoms.”

“I was recently talking to a friend of mine who is a very successful entrepreneur from India, who mentioned he didn’t know the English language and only had $7 in his pocket when he came to America,” Newby said. “My friend said, ‘Folks do not understand that if you had come to my country with that same situation you would not be where I am today.’”

America is truly the land of opportunity and the place to pursue dreams, Newby said.

“As you exercise your freedoms, let’s not forget the fundamentals and rights and freedoms that we have,” he said.

He also posed a rhetorical question to the audience.

“If someone were to stop you on the streets and say, ‘Where do your rights come from?’ How would we answer that? How would our children answer that?” he asked.

The answer, he said, is that rights come from God — life, liberty and the pursuit of happiness — rather than government.

He talked about the history and recovery of North Carolina’s original copy of the Bill of Rights in his speech.

A Union soldier, Newby said, stole the document in 1865 during the Civil War. Union forces were said to be occupying Raleigh and the Capitol grounds as the Civil War was coming to an end. It was then the Bill of Rights was removed from the Capitol, where it was being kept.

From there, a soldier sold it to a man with the last name of Shotwell.

“We knew that the document was floating somewhere in Indiana,” Newby said.

After being contacted by the North Carolina secretary of state, Shotwell refused to surrender the document without first receiving payment.

According to Newby, the document was then passed down Shotwell’s family tree to his children.

“The document then goes to a guy named Wayne Pratt and a silent partner by the name of Robert Matthews who negotiated a deal and bought an original copy of the bill for $200,000,” he said.

Newby said North Carolina, with his help when he was a U.S. attorney, ended the search after devising a plan involving an undercover FBI agent who posed as someone interested in purchasing the original document in order to serve a warrant and retrieve it because it was stolen property. A museum in Pennsylvania about the U.S. Constitution had originally planned to display it.

He closed with the words of the preamble of the N.C. Constitution.

“We, the people of the state of North Carolina, grateful to Almighty God, the sovereign ruler of nations, for the preservation of the American union and the existence of our civil, political and religious liberties, and acknowledging our dependence upon God for the continuance of those blessings to us and to our posterity,” Newby said, reading the preamble. 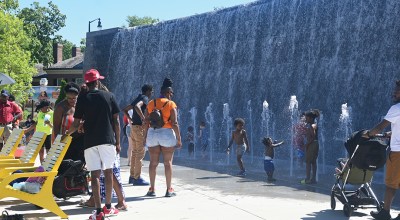 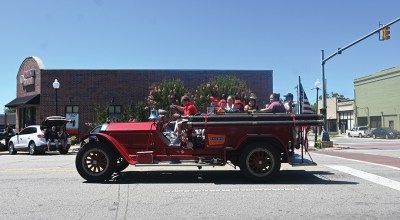 Salisbury City Council continues talks about how to utilize…