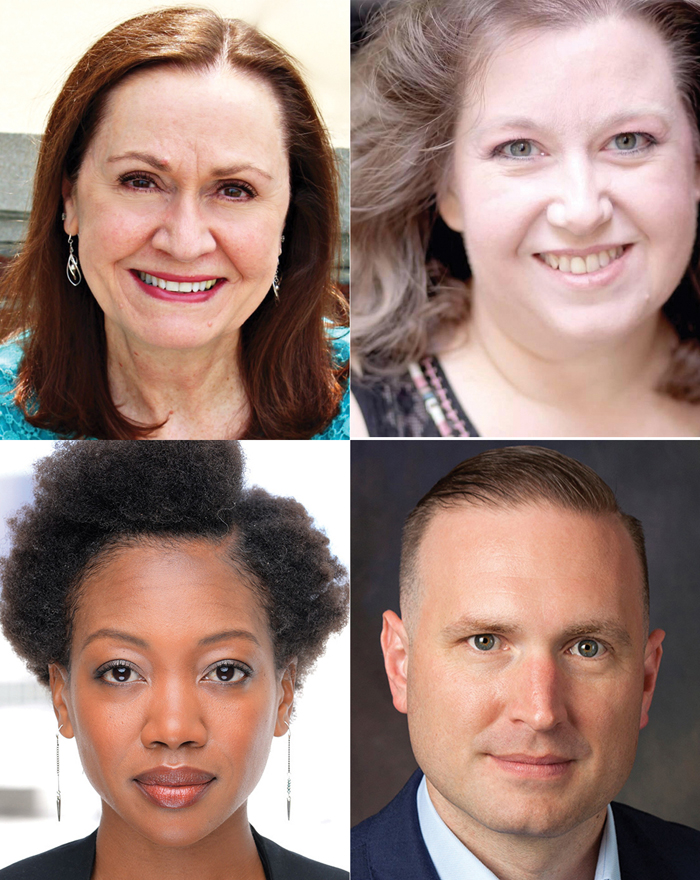 The Catawba College Theatre Arts Department will induct four artists and alumni into the Blue Masque Hall of Fame at an event on Friday, Oct. 25.
As the new theatre season begins at Catawba each year, the Theatre Arts Department selects its Hall of Fame recipients to acknowledge the alumni, faculty or staff who have made outstanding contributions to the world of theatre.

To be honored for outstanding careers are Lisa Ray Stafford, Class of ‘90, Paula Barnhardt Baldwin, Class of ’77; Tiffany Yvonne Cox, Class of ’07; and Justin Dionne, Class of ‘07.

Stafford is a freelance Equity stage manager based in New York City. At Catawba, she majored in theatre arts with minors in English and psychology. After receiving a master of theatre education degree from UNC-Greensboro, she taught high school theatre in North Carolina for almost 23 years. Since arriving in New York in October 2016, she has stage managed 17 productions or readings, including the developmental production of Allen Knee’s Little Women, The Man Who Was Peter Pan, and The Astonishing Times of Timothy Cratchit. In January 2018, she made her Off Broadway debut as the production stage manager for the new play, The Chekhov Dreams. She also serves as a production assistant for the Broadway Stage Management Symposium, founded by Broadway stage manager Matthew Aaron Stern.

Baldwin graduated magna cum laude from Catawba and earned a master of fine arts in acting/directing from UNC-Greensboro in 1979. She was a professional actress for 16 years in various venues in the southeast and midwest. A Cabarrus County native, she returned from New York City to Charlotte in 1995 and began a 24-year teaching career with Charlotte/Mecklenburg Schools. In 2014, her students were recognized with the Distinguished Play Award at both the regional and state North Carolina Theatre Conference Play Festivals. In 2009, she was the recipient of the Metrolina Theatre Association Award for Best Lead Actress in a Drama for her portrayal of Annie Nations in Foxfire. She has appeared in several productions at Central Piedmont Community College Summer Theatre and directed The Mousetrap there in 2018.

Cox graduated from Catawba College with a BFA in Musical Theatre. As a professional actress, she has performed at the American Players Theatre, The House Theatre and CPCC, and on many television shows, including Chicago Fire, Jane the Virgin, Adam Ruins Everything, and Grey’s Anatomy.

Dionne studied Theatre at Catawba College and at graduate school at Florida State University. While in Salisbury, he helped to build The Norvell Theater and spearheaded efforts to renovate a 1920s warehouse into a performing arts center which became Lee Street theatre. He serves as the executive director for the Cain Center for the Arts, which will bring a $25 million arts and community center to the Lake Norman region of North Carolina. Justin has spent the last 10 years developing his passion for arts/nonprofit leadership and the opportunities that exist for strengthening communities through the power of the arts.

Catawba Theatre Arts students will provide entertainment at the beginning of the evening, and the ceremony will be followed by refreshments.