Benches will tell the stories everyone needs to hear 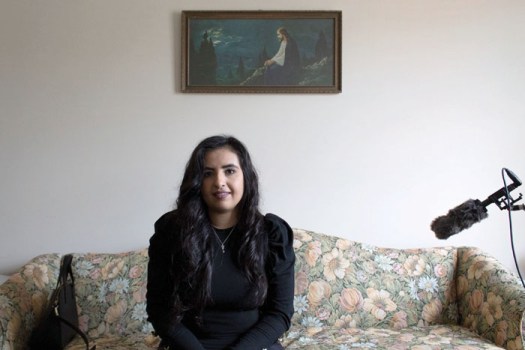 Submitted photo Saray Molina Quiroz, one of the contributors to 'Here’s My Story.' 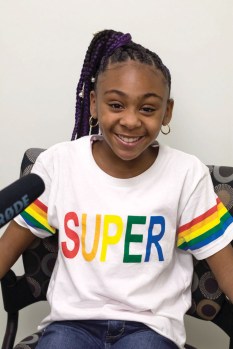 Submitted photo Brooklynne Witherspoon, 12, one of the contributors to 'Here’s My Story.'

A sketch of the planned story benches that will be set up around the county so people can hear stories of other people in the community.

SALISBURY — Rowan-Cabarrus Community College is installing audio-enabled benches in the Rowan County community that allow people to hear stories of diversity and inclusion, thanks to a $50,000 grant from the Z. Smith Reynolds Foundation.

The project, “Here’s My Story,” was developed by the college’s fine arts department. Three S-shaped benches with speakers at shoulder height will allow the listener to hear local residents tell stories of challenges.

“The focus of the bench is to listen to stories of people who have been historically marginalized or underrepresented,” says Jenn Selby, director of philanthropy, transfer and the arts. “It will be an intimate listening experience.”

Bailey Wingler, grant project assistant for the fine arts department, says the purpose of “Here’s my Story” is to share how diversity and inclusion makes the community more resilient.

“When someone sits on the bench, he hears stories from our community in the voice of the person who has met challenges.” Wingler said.

The first two benches will be at the north campus of the college, on Jake Alexander Boulevard, and at Dixonville Cemetery on Old Concord Road. A third location is in negotiation. More may be installed, Selby says.

Fabricators at Cricket Forge in Durham are building the benches, and they should be installed by spring. Selby says the staff at Cricket Forge has a passion for the project and specialize in building different types of benches.

“We have started something we are in love with, and we feel it is a service to the community. And we’ll continue archiving the stories, through the library, the college, and hopefully the Library of Congress.”

Selby says the grant process was competitive, with only 10 grants awarded across the state. She notes that Rowan-Cabarrus was the only community college funded.

“The Z. Smith grant is so thoughtful and committed to being sure a committee is in charge of every decision,” she says, and that’s why an advisory committee was chartered. The committee includes people from across the county who represent different backgrounds and professions. They’re responsible for decisions down to the fonts used for quotes on the benches.

The department has been more involved with visual rather than audible art. Yet the staff was eager to take on the challenge of providing an aural experience for the community. Each loop includes about 30 minutes of stories. A listener may stay for part or all of the loop.

A QR code on the bench provides a link to a website; for those who don’t have the time to stay, the link can be captured through the QR code and can be listened to later on a phone or computer. The code also provides access to the stories in other languages as well as visual inclusion for those the hearing-impaired. The curve of the bench allows access for people in wheelchairs.

The department was in the midst of re-examining its principles and how well it applied them when the grant opportunity came.

The school has begun taping stories and encourages people to sign up to tell their stories.

“Every time we think we have an idea of who our storyteller is,” Winkler says, “someone else emerges. Our youngest storyteller is 10 years old. So far, we have heard from the Hispanic community, the LGBTQ community, the youth community. Some of the stories have been centralized in the past; some are about hope for the future. There’s been a brilliant example to come of what this project can mean to our country. We’re taking that history and using it to learn and move toward the future.”

Sarah Walker is director of governance, foundation operations and public information at the college.

Neighboring communities have reached out to Rowan-Cabarrus about the project in hopes of starting similar projects in their areas.

To review available time slots and sign up to share a story, go to tinyurl.com/y332b6u3. For questions or to schedule an alternate time, contact Bailey Wingler at bailey.wingler@rccc.edu.