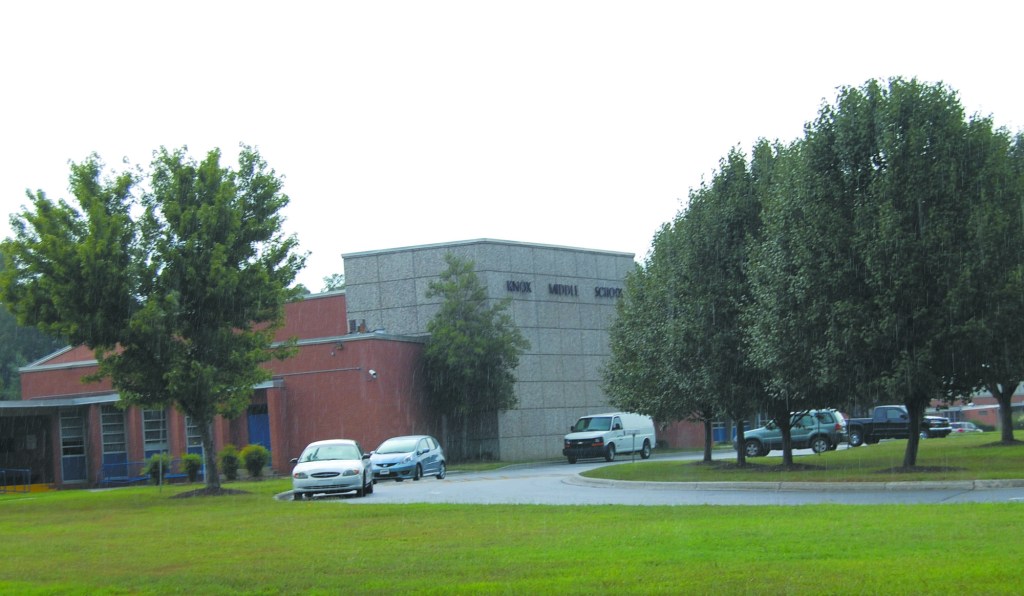 I read with great interest in the Salisbury Post on Sept. 9 (“Upgrades for Knox school approved”) that the Rowan-Salisbury school board had approved $26 million for Knox Middle School. As a local architect and a member of the parent-teacher association for both Overton Elementary and Knox Middle schools, however, I was greatly disappointed to discover that, rather than going toward the construction of a new facility, this money is funding a mere renovation and addition to the existing facility that would ideally “extend the life of the facility by 20 to 25 years.”

Last December, the Board of Education presented a glossy video to the public showing the grave financial burden created by the ever-increasing cost of maintaining aging facilities. Largely as a result of this increasing maintenance cost, our current 35 district schools have an estimated annual budget that far exceeds the current annual budget.

The board also presented a three-tier road map looking at various school consolidation scenarios in the hope of reducing this financial burden. Under this road map, Overton and Knox are part of the most urgent need of Tier 1. As part of Tier 1, the plan called for demolition of the current Overton and Knox and building a new, consolidated K-8 school on property to be purchased near Salisbury High School.

The plan for a new consolidated facility makes good sense. Overton Elementary School (built in 1965) and Knox Middle School (built in 1958) both currently struggle to maintain aging facilities, with problems such as broken HVAC systems and leaking roofs manifesting frequently.

The open campus concept of both facilities also makes them difficult to secure should an act of violence occur.  Nevertheless, in the public meetings that followed the release of the board’s plan, several of us spoke against this particular proposal on the grounds that the combined K-12 campus might provide an attractive target for acts of school violence and the likelihood that a contentious legal battle to obtain the required property would result in an unwarranted expenditure of both time and money.

Many of us parents and teachers endorsed the idea of a consolidated K-8 school but with it located on the existing Overton and Knox campuses. The current campus has enough space to allow for building a new facility without having to spend time and money acquiring new property. In the spring of 2019, LS3P Architects even released a schematic plan for a consolidated K-8 school to be located between the current schools.

Significantly, building such a consolidated facility on the current campus would also allow for both schools to remain open at their current locations during construction. In other words, it would not require the dispersing of students that the currently proposed renovation of Knox Middle School necessitates.

According to a Salisbury Post article on Jan. 5, at the grand opening of the new West Rowan Elementary School, Rowan County Board of Commissioners Chairman Greg Edds said, “(The) opening was about far more than the building itself. Today represents a new beginning, the realization of a new dream, a physical display for all to see of this county’s commitment to excellence. … We did not construct a new elementary school; we created a new, shared vision for two wonderful communities. We did not construct a new educational building; we created new expectations of excellence.”

I agree completely with Chairman Edds.

In that spirit, I accordingly ask the RSS Board of Education to re-evaluate its recent decision. Building a combined Overton-Knox facility on the current campus would solve the financial problem created by our aging facilities in a way that creates a better return on investment and is logistically sound. Perhaps just as important, however, it also offers the opportunity to inspire an entire generation of scholars — and our larger community — toward excellence.

Elizabeth Trick is an architect who lives in Salisbury. Her credentials include the American Institute of Architects, Leadership in Energy and Environmental Design professional in building design and construction and National Council of Architectural Registration Boards.