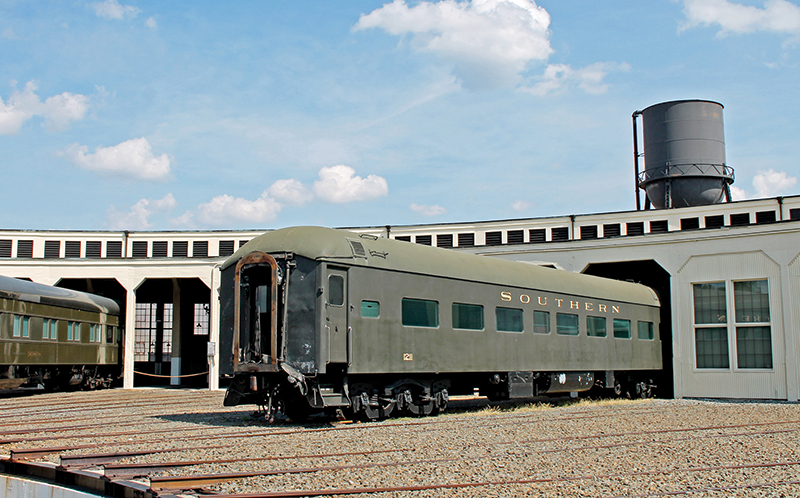 SPENCER — A 1920s rail car built to comply with Jim Crow laws and now stored at the N.C. Transportation Museum will be renovated with a grant from the National Park Service.

The N.C. Department of Natural and Cultural Resources received a $287,442 grant to fund the renovation of the car, which has not been used since 1969.

“The preservation work on Southern Railway Car No. 1211, known as the ‘Jim Crow Car,’ will allow the Transportation Museum to continue to grow its interpretation of African American and human and civil rights narratives,” said Michelle Lanier, director of the N.C. Division of State Historic Sites and Properties.

The project will be supported through a grant from the African American Civil Rights grant program of the Historic Preservation Fund as administered by the National Park Service, a division of the U.S. Department of the Interior.

“The North Carolina Transportation Museum is so very appreciative of the National Parks Service for funding this meaningful project, which will help us preserve a unique piece of history and hallmark of the Civil Rights movement,” said Kelly Alexander, director of the N.C. Transportation Museum.

The 44-seat coach was built for Southern Railways to adhere to the laws of segregation at the time. It had 22 seats in the rear that were designated for African Americans and referred to as “the Jim Crow car.” It is one of only a few such cars nationwide held by a museum for public viewing, including the Southern No. 1200 located at the Smithsonian Museum of African American History and Culture in Washington.

The coach is in disrepair. Seats have been removed and need to be reupholstered. Other repairs include asbestos removal, evaluation for lead paint and possible removal, rust removal and other structural repairs.

When renovated, a news release said, the No. 1211 car will allow museum staff to contextualize segregation during the “Golden Age of Railroading” and its inherent inequities. It also will expand on the story of Spencer Shops’ own history of segregation, with limited jobs and separate accommodations for African American workers who were essential in developing the site into the largest transportation hub, the news release said.

Dedicated to all forms of transportation history, the museum is a railroad heritage site. It sits on the grounds of what was Southern Railways’ largest steam locomotion repair facility built to service the 75,000 freight cars and 1,400 locomotives owned by the company.

Construction began on the rail yard and repair shop in 1896. The facility closed in 1960, and it was donated to the state in 1977. It became part of the N.C. Division of State Historic Sites and Properties; exhibits followed a few years later.