‘Control what we can’: Tillis, Perdue talk agriculture issues at Patterson Farm 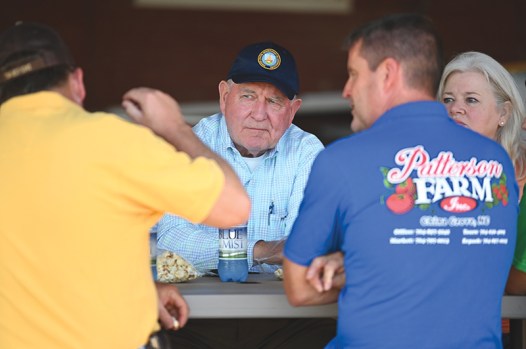 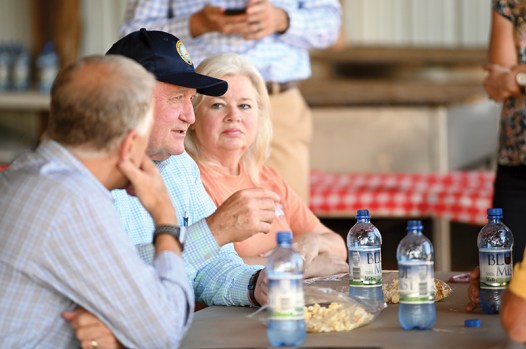 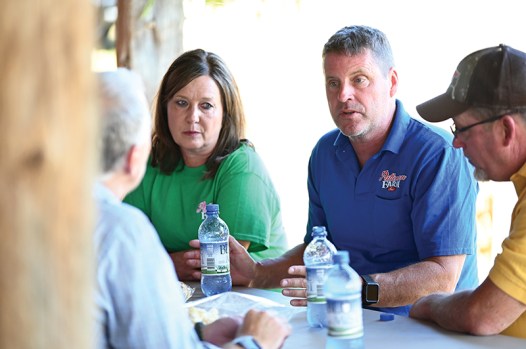 But there are still too many politicians in Washington who don’t understand where their food comes from and that there is work to do, Patterson said.

“They don’t understand what farmers go through. I don’t understand how anybody can produce bills and laws and really not understand the situation, which is what goes on in Washington a lot,” he told the Post. “But (Tillis and Perdue) understand it, and I think our president understands it.”

Perdue and Tillis toured Patterson Farm’s fields and facilities on Millbridge Road before heading to its market on Caldwell Road, where they talked with the Pattersons about issues facing the business.

The biggest one, said Doug Patterson and his brother Randall, is the difference in compensation the federal government mandates for Patterson Farm and other producers and Mexico.

“Our competitors’ wage rate in Mexico is not near what ours is,” Randall Patterson said.

While the federal minimum wage is $7.25, Patterson Farm must pay a minimum wage of $12.25 in part because of its workers with H-2A temporary agriculture visas. For a 10-hour day, a minimum-wage worker at Patterson Farm earns $125. The farm also must pay for, among other things, electrical bills, housing, transportation to and from Mexico, and trips to the grocery store.

Meanwhile, someone working at a tomato farm in Mexico could earn the equivalent of $8 per day, Doug Patterson said.

“We’re competing with Mexico, but the federal government really can’t tell Mexico what to do. But they keep telling us what we have to pay our workers, and it goes up every year,” Randall Patterson said. “We need to try to control what we can control.”

Tillis told the Post that wage rates threaten to put farmers like the Pattersons out of business. He said tariffs are a “two-edged sword” as a solution because other countries might choose to implement their own tariffs on American products.

Perdue echoed that sentiment, saying that the wage rates make it hard for American producers to compete against Mexican producers.

“We need a reliable, legal guest-worker program here in the country, and that’s what the president is working on,” he told the Post.

Perdue has endorsed a proposed change that aims to modernize the H-2A process, including eliminating a requirement to post job openings in print newspapers and updating how forms are filled out online. While there’s still work to do on the adverse effect wage rate, Perdue says the updates would allow farmers to “better and cost-effectively advertise for workers they need and fill out the required forms faster and more efficiently.”

Meanwhile, Perdue said it’s important to separate immigration — border security and people who want to live in the U.S. or become U.S. citizens — from temporary workers and the H-2A program.

“The American public, because of illegal immigration, really has it confused over the years,” he said. “There are people who need to come here seasonally, and we need those ag workers, as guest workers — not to become citizens but to come and contribute to our economy here.”

Americans are supportive of people from other countries who work in the U.S. temporarily, Perdue said.

There should be no cap on guest agriculture workers and seasonal workers, Tillis said. The number should float based on needs, he said.

Perdue said margins are thinner and that the business of farming is tougher than it’s been, but there are brighter days ahead if resolutions to the adverse effect wage rate are found, better trade agreements are made and enough workers are brought into the country.

And while Randall Patterson said Tillis and Perdue understand the issues farmers face, he said other politicians in Washington should focus their attention on “the real issues” — homelessness, drug addiction, immigration and trade with Mexico — instead of impeachment.

“My brother and I have been going to Washington for 25 years and nothing has been done on the adverse wage rate, improving the H-2A program, immigration, fair trade from Mexico. What we need is something done other than trying to run your opposition out of office,” Randall Patterson said.