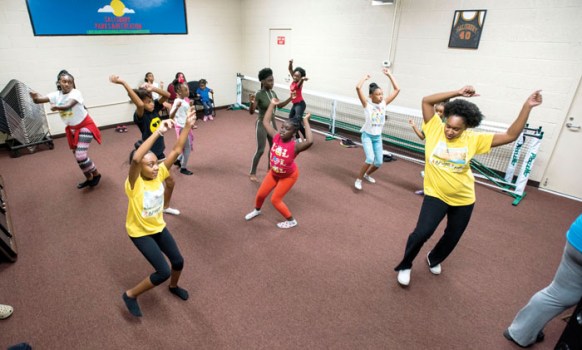 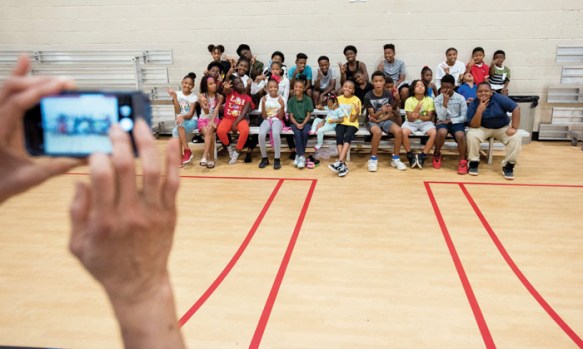 The A Bridge 4 Kids program continues to grow and add more participants as the program goes into it's third year. Jon C. Lakey/Salisbury Post 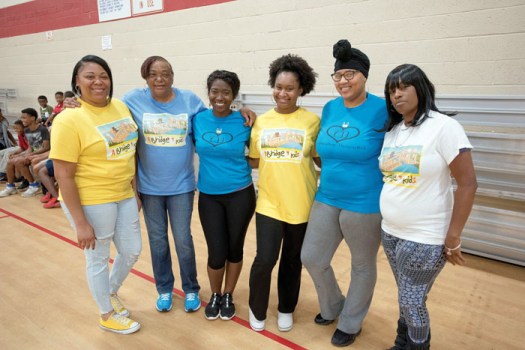 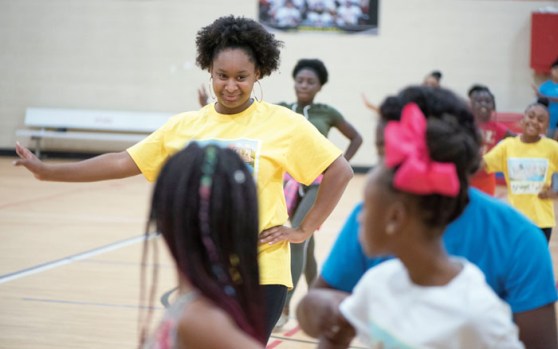 Daesha Morris is one of the three dance coaches who volunteer to help teach the girls a routine at A Bridge 4 Kids. Jon C. Lakey/Salisbury Post 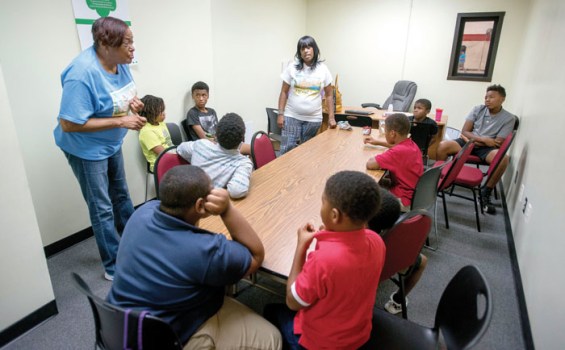 Sharon Johnson and Chariel Dye talk to the boys gathered in the classroom about the problems of bullying. Jon C. Lakey/Salisbury Post 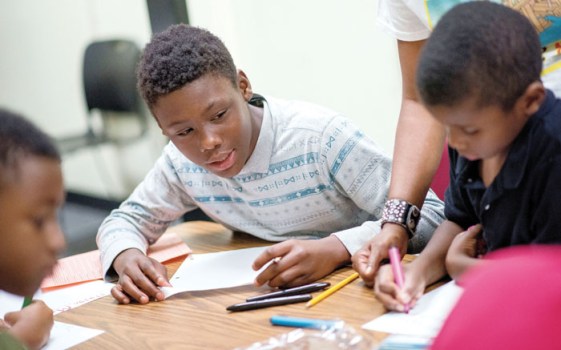 SALISBURY — Three years after starting an after-school program in the wake of her cousin’s death, Knox Middle School student Brooklynne Witherspoon has shifted gears and restructured her nonprofit group to offer more activities for preteen boys and girls.

Witherspoon was upset about the violence in her community, especially that which took the life of her cousin, A’yanna Allen, who was killed in 2016. The then-Overton Elementary School student created “A Bridge 4 Kids.”

She continues to come up with new ways to reach the youths in her community. When she began in 2017, the program was geared toward youths in kindergarten through 12th grade, as it is today.

However, the program participants at the start were Brooklynne’s age or younger. Now she’s begun targeting older youths. A large number of the program’s members are in middle school and older. She now averages about 20 children. Each time the children attend, volunteers provide a meal for them.

“When I started going to Knox, I started getting more older kids,” Brooklynne said.

The program relies on volunteers like community activist Chariel Dye, who spent Wednesday with young boys discussing bullying and how destructive decisions could lead them on a negative path in life.

“She picks the topic,” Dye said of Brooklynne.

Each week, Brooklynne requests a different topic that she feels will reach participants, Dye explained.

Dye is used to working with area youths, continuing the program started by the late Latasha Wilks, Team Up Tuesday. But she said it would be beneficial if more men volunteered with A Bridge 4 Kids.

Pastor Timothy Bates and NAACP President Gemale Black have both been guest speakers.

“We help them have an outlet, turn negatives into positive experiences,” Morris said.

The girls have been practicing since Sept. 9 and will debut what they’ve learned during the Livingstone College homecoming parade.

Crawford said program organizers would like to have business owners, women and men, teach the youths life skills, including how to start a business, how to tie a tie and how to fill out a job application as well as self care, etiquette and hygiene.

Mekhi Kennedy, 10, just joined the program and said he wanted to participate to have something to do and meet others. Mekhi said he enjoys hearing what others have to say in the group sessions.

The Granite Quarry Elementary School student said the program is a great idea because it allows him to “open up.”

Ny-Asia Maxfield and her family just moved to the area from Wilmington. The 12-year-old admitted she had a bad attitude when she started, but being around others her age and dancing has calmed her.

She joined the program because her friend Brooklynne asked her to. She’s been encouraged to talk to her parents and has learned how to respond to bullies.

At the close of each session, Witherspoon’s grandmother, Sharon Johnson-Freeman, has the children form a huddle. She said Brooklynne came up with “I Am” affirmations.

When the children began the program, she asked them who they were. Many of them had no idea. Now, at the close of the sessions, they take turns declaring they are “strong, beautiful, smart” and any other positive self-encouragement.

Brooklynne still holds to her motto: “Work for a cause, not just applause; live to express, not to impress.”

Johnson-Freeman said she’d love to partner with volunteers or area restaurants to help provide food and snacks for the youths.