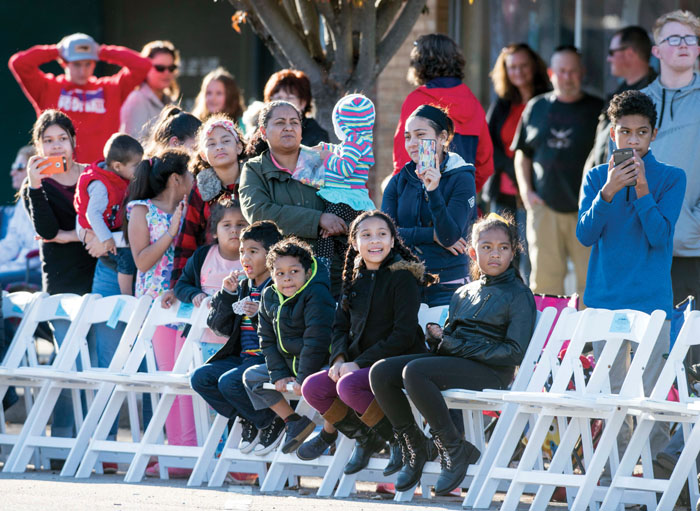 SALISBURY — The ’Tis the Season Spectacular parade will return for its second year on Nov. 27.

The format for the parade, which starts in Spencer and travels to down Main Street in Salisbury, will remain much the same with festive holiday fun. Hen Henderlite, one of the organizers, said this year will be ’Tis the Season Spectacular 2.0.

Organizers said they received no complaints about last year’s parade.

Henderlite said downtown business owners told them that people were flocking to their restaurants and shops during last year’s parade.

They have also seen a good response from volunteers coming back to help.

Like its first year, ’Tis the Season Spectacular will continue its mission statement: “The Tis the Season Spectacular parade is open to entries from all belief systems and welcomes a diversity of ideas that portrays the good will associated with the holiday season. Participants are expected to provide appropriate family entertainment without promoting special interests.”

Last year, Graham and Henderlite built the parade’s foundation with an energetic crowd and fun for the whole family.

This year will bring new features such as floats with dogs and horses. Organizers looked at other local parades and noticed that animals were part of the fun. After checking to see if there were any ordinances against animals participating, they got the go-ahead.

The parade is now online, where participants can register and reserve seats at tistheseasonspectacular.com. Participants can still complete applications through the Rowan County Tourism Development Authority by calling 704-638-3100 or visiting 204 E. Innes St., Suite 120.

The parade — floats, cars and marchers — will end at Stallings Baptist Church.

Organizers are already looking to ’Tis the Season Spectacular in 2020, which will end at the new Bell Tower Park for a “spectacular.”

Musical entertainment will be anything from country to youth strings and percussion. Performers will include Sir Purr and Purrcussion, the Moonglows, Salisbury Symphony Strings Ensemble, Rowan Swing Band, Divided by Four, Dakota and Friends, and country singer Tim Elliot.

The organizers have reached out to all area schools with hopes of getting entries from drama, band and choral groups.

WSAT and Hotwire will again broadcast the parade from Main and Innes streets.

The parade will begin at 2 p.m. Nov. 27 in downtown Spencer, travel down Main Street and reach downtown Salisbury at 3 p.m.