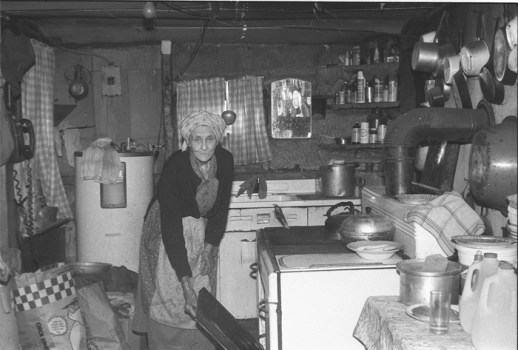 The Foxfire Museum and Heritage Center Mary Cabe tests the heat in her oven. 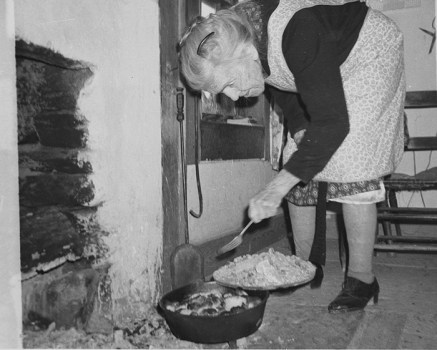 The Foxfire Museum and Heritage Center From 'The Foxfire Book of Appalachian Cookery,' Aunt Arie tends potatoes cooked in a Dutch oven. Necessary fireplace implements — shovel and poker — stand beyond the oven. 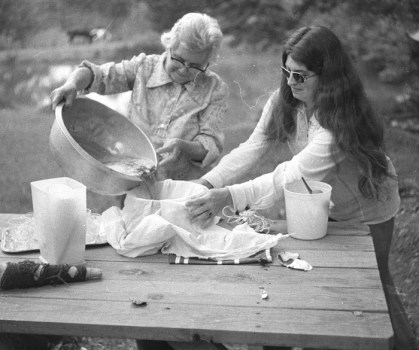 The Foxfire Museum and Heritage Center Straining (apple cider) is the final step. Here, Marinda Brown and Suzy Angier do the honors. 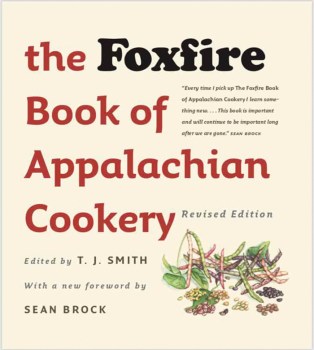 If you live in the South, you love history and you’ve been to a church supper or a family reunion, you need the revised edition of “The Foxfire Book of Appalachian Cookery.”

Do you remember the Foxfire series of book in the 1980s? They collected folklore, legends, lessons for living and common knowledge that’s uncommon today and so much more, thanks to a project started by three high school students from Georgia.

The contribution to the South’s history was immeasurable. Those books were in many a classroom and library on the shelves of many who wanted to know more about recent history.

This cookery book could not be more authentic, or contain more information about how people lived in the days of cooking over an open fire, or that modern invention, the wood stove.

The original book has been updated, streamlined a bit and edited by T.J. Smith, executive director of The Foxfire Fund.

Smith knows what he’s doing. He has a doctorate in folklore from the University of Louisiana-Lafeyette. Chef Sean Brock, who founded Husk restaurant in Charleston, wanted to get involved with it, even though he is opening a new restaurant dedicated to Appalachian Cooking, Audrey, in Nashville.

This is not necessarily a cookbook you’ll use for everyday meals. It’s a collection of stories, with recipes, copious black-and-white photographs and advice on how to set up, use and care for a good wood stove.

It’s got advice on cookware — cast iron is the best for wood-stove cooking, along with about every other heat source — and tells the origins of some of the food stuffs you’ve never heard of, along with food stuffs most of us have never even attempted to make.

A lot of what’s in there is amazing, like the process for making hominy from corn on the cob (plan a good two days to get it all done). Did you know lime pickle doesn’t involve the citrus fruit — it’s lime, like you’d put on your garden.

For the slightly squeamish, you might want to skip the photos and descriptions of hog killing and processing, how to wring a chicken’s neck, de-feather it and cut it up or the best way to skin a rabbit. But you might find the instructions and photos of gutting and filleting a fish helpful.

Remember, the people featured in the 1984 book had to do this all by themselves. They didn’t have the luxury of home-delivered meal kits or fast food. Everything they ate was done by hand.

They planted the corn, preserved it the best way they could and made it last into the winter. They buried cabbages in the yard for later use, or they had a springhouse with a fresh spring to keep their food cool.

The women did most of the cooking, and they learned how to do everything, but especially how to manage a fire and the firebox in a wood stove to get the right temperature for cooking. And yes, they made mistakes, too — burned the biscuits or fried the chicken too hard. But you ate what you had.

Smith wanted to increase Foxfire’s visibility when he came to the organization. “A lot of people had forgotten about Foxfire. We are vibrant and still working.” They went to University of North Carolina Press, which had the rights for the cookbook, last revised in 1992. They were hesitant to invest too much in something that had been out that long, Smith said.

They asked for new material and updated content. At the same time, chef Brock wanted to get involved. “He told us it was his favorite cookbook and asked what he could do, so I said, ‘it just so happens…’ and we would love to have your input.”

Smith said they began the process and “realized a lot of it is very much relevant. As far as organization, it was a little out of whack for today’s standards, and we had had new material.”

Smith said the timing was right, with renewed interest in not just Southern foodways, but Appalachian foodways. “In 1984, there was not much of a food culture” like there is today, and people were not as interested in local foods.

“We want to introduce new audiences to this culture and to recognize Southern Appalachia and Appalachia in general,” Smith said, in response to some things in the media about the food culture here. “Some people think it’s just just junk food … but we have a vibrant baker culture, people grow their own food and can their own produce. They’re still having Sunday dinner at grandma’s house. There are some vegetables unique to this area, like ramps and Jerusalem artichokes, “and we are North America’s apothecary. That’s another book on food as medicine.”

“We want to change perspectives, alert people to this 53-year-long project,” Smith said. “This culture is more real, it’s not sensationalized or romanticized. These are people just like everyone else.”

One of the new sections is about smokehouses. They researched their archives, listened to original interviews. “It’s a long, hard process. As the years went on, shifts in temperature caused people to lose their smokehouses. It was too warm, food spoiled, insects got in. People gave it up.”

What was a 17-chapter book is now 10 chapters, and organized in a way that makes more sense. Vegetables, for example, are in the garden section. Smith removed redundant recipes and kept the great narratives that make the book.

Melt the butter in the hot milk and pour over bread crumbs. Mix with the squash, salt, pepper, onions and eggs; pour into a buttered baking dish and sprinkle the cheese over the top. Bake in a 350-degree oven for 20-30 minutes. Yield 6-8 servings.

Mix cornmeal and egg together. Add enough milk or water to make a thick batter and beat. Grease a pan and bake at 425 degrees until brown.

1/2 cup flour combined with 1 tsp. salt and a dash of pepper

Pound flour mixture into both sides of steak. Heat fat in large skillet or casserole dish and sear the steak. Add boiled tomatoes, cover casserole closely and place in a slow 275-degree oven about 2 hours until done. Make a gravy of drippings and pour over steak. Yield: 6 servings.

“I take about five or six apples and cube them up and put them in a sheet cake pan and put a little water over them. I make a pastry using a cup of sugar and a cup of flour and about half a cup of butter and just mix that up real good and sprinkle it over the top of your apples. Cook that at about 350 degrees for twenty or thirty minutes, or until done.” Yield 1-0-15 servings.