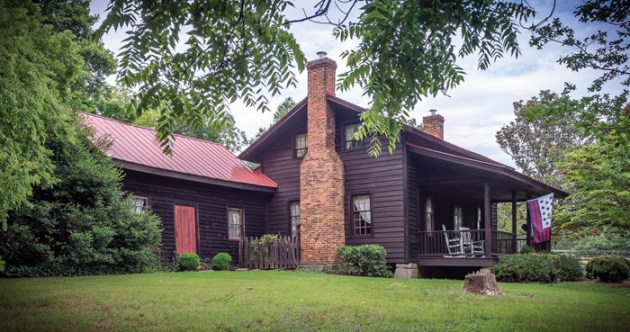 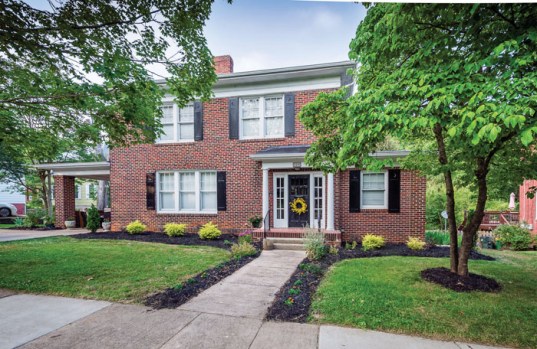 Photo by Sean Meyers Mark and Caroline Stephenson will have their Heilig-Hennessee House at 324 W. Thomas St. on this year's OctoberTour. 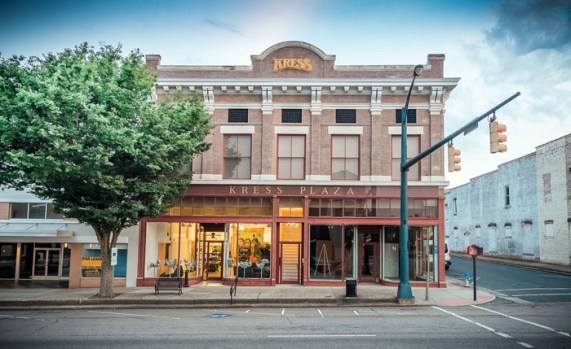 Photo by Sean Meyers An upstairs condominium at the Kress Plaza, 300 S. Main St., will be on the tour. 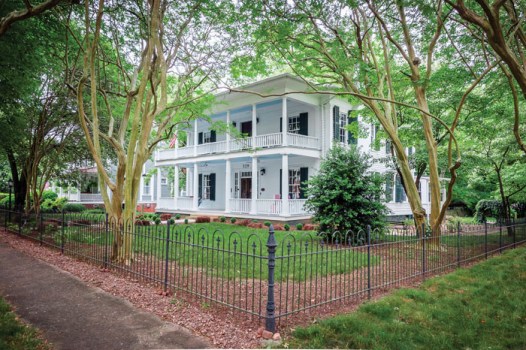 Needless to say, she’s excited but also relishes seeing how others share that feeling as downtown banners have gone up, mums are ordered for porches and tour site signs are put out.

“Everyone in the community seems to enjoy this time of year,” says Stewart, who began working at the foundation in June.

The annual tour of homes will go from 10 a.m. to 5:30 p.m. Saturday and noon to 5:30 p.m. next Sunday. It continues to be Historic Salisbury Foundation’s biggest annual fundraiser.

Saying that the time-tested preparations for OctoberTour are a well-oiled machine is an understatement, Stewart said, adding, “I’ve seen it in action.”

From a staff point of view, she gives all the credit to events coordinator Leah Campion and office manager Stephanie Clark. Amy Bauguess is the 2019 chairwoman of the tour.

Stewart knows they all face hectic times ahead.

“Pretty much what I’ve heard is I’m going to be running around for four days, maybe the whole week,” she says.

This year’s 10 OctoberTour sites are in the West Square and Downtown Salisbury historic districts, except for the 1830s Fisher-Cruse House on East Ridge Road.

Three of the sites are downtown commercial properties that include residences — the Kress Building, O.O. Rufty General Store and 132 Flats. Stewart says these have been getting the most buzz on social media and offer a fun balance to the more traditional homes.

During tour hours both days, food, beer and wine, crafts, live music and family activities will be offered at the Bank Street Cafe, located along the 300 block of West Bank Street and on the Hall House lawn.

Tour tickets are not needed to take in the Bank Street activities.

Once again, artists with Plein Air Carolina will be painting Saturday and also will have their work on display at a reception from 5 to 7 p.m. on the Hall House lawn. No tour tickets are required for the reception, either.

All tour tickets purchased online may be picked up Saturday or Sunday at the Henderson Law Office, located at South Church and West Fisher streets. Ticket price is $30 on the day of the event. Advance tickets carry a $5 discount.

Free trolley service will be available for tour ticket holders.

For Historic Salisbury Foundation, the weekend actually begins at 6:30 p.m. Thursday with its patrons party, which this year will be held at Salisbury Station.

On Friday, the foundation will hold its annual OctoberTour luncheon, titled “Lunch and Learn,” from 11:30 a.m. to 1 p.m. at the Country Club of Salisbury.

Restoration specialist Brett Sturm’s talk, “New Ideas, Old Buildings,” will include information on alternative materials for historic structures and the secretary of the interior’s standards.

There’s still time to sign up for the luncheon, though the deadline is Monday.

The Pedal Factory also will have a free “Tweed Ride” at 11 a.m. next Sunday, showcasing tour stops and encouraging participants to dress in vintage clothing while riding their favorite bicycle cruisers.

For more information or to buy tickets for OctoberTour, visit www.octobertour.com, contact the Historic Salisbury Foundation office at 704-636-0103, or go to events@historicsalisbury.org.

Here are the properties on this year’s OctoberTour:

The home was last on tour in 2011 and the current owners acquired it in 2017. Their love of color and eclectic style — a combination of modern, vintage, and antique furniture and art — are displayed throughout the home, which is featured in the October issue of Salisbury the Magazine.

• Bean-Cathey House, 722 S. Fulton St., owner Kate Fisher: This four-square home was built in 1905 as a rental home by Mary Bean, the widow of a prosperous distiller.

The home became empty and fell into disrepair in the early 1980s. Gordon and Barbara Senter began a major restoration in 2005. The original pine floors were refinished and original columns, each made from a single tree trunk, again grace the wide, welcoming front porch.

• Slater-Miller-Martin House, 427 W. Fisher St., owners Jerry and Kathy Short: The Shorts recently restored this one-story, Greek Revival home, which was built circa 1850 with Victorian additions in the 1890s.

A notable previous owner of the home was Ben Martin, a photographer for Time and Life magazines, among others. The house is featured in the October issue of Salisbury the Magazine.

• Heilig-Hennessee House, 324 W. Thomas St., owners Mark and Caroline Stephenson: Mary Elizabeth Thompson Heilig, widow of James Daniel Heilig of 507 S. Fulton St., built this two-story brick four-square house in 1927 and used it, as she would many other houses in the up-and-coming neighborhood, as a rental as she developed the family land.

Like other nearby four-squares designed by Walter F. McCanless, this house has a box-like rectangular shape with a high hipped roof.

The building stood vacant for years until it was purchased by the current owners, who began a full-scale restoration in 2018. The 12,400-square-foot building was repurposed into a multiuse project and currently houses one retail space, six apartments, and 30 climate-controlled storage spaces in the expansive basement.

• 300 S. Main St., condominium owner Sheila Ezzo: This Neo-Classical commercial building was constructed by S.H. Kress Co. in 1910 as a five-and-dime store and operated for 64 years, closing in 1974.

In 2006, the Salisbury Kress building, listed on the National Register of Historic Places in 1990, was purchased by Joel Goodman, who began a restoration of the second floor. Five condos were completed in 2007 utilizing historic tax credits.

• Fisher-Cruse House, 3850 E. Ridge Road, owners Bill and Lee Bailey: One of the best preserved and least altered of Rowan County’s smaller antebellum farm seats, the house was built by John Fisher in the 1830s shortly after he acquired the property from Michael Brown.

Additions since 1990 include a log outbuilding in 1992, which is used as a workshop; an arbor in 2003 on the site of the original outdoor kitchen, which burned down before the Civil War; and a dog trot barn in 2004, which was moved from the Shenandoah Valley and sits about 50 feet from the original barn destroyed in the 1960s.

• 132 Flats, 132 E. Innes St., owner Fisher Realty Inc.: 132 Flats is a one-story brick building constructed in 1919 on the corner of East Innes and North Lee streets. Occupied by auto-related businesses in the early part of the century, the building has been transformed into four luxury residential flats.

Historic Salisbury Foundation purchased the home and contents in 1972 from the Hall family, which had continuously occupied the residence for 113 years.

A two-room detached kitchen, staffed before emancipation by slaves, was carefully restored over a three-year period and opened to the public in 2006.