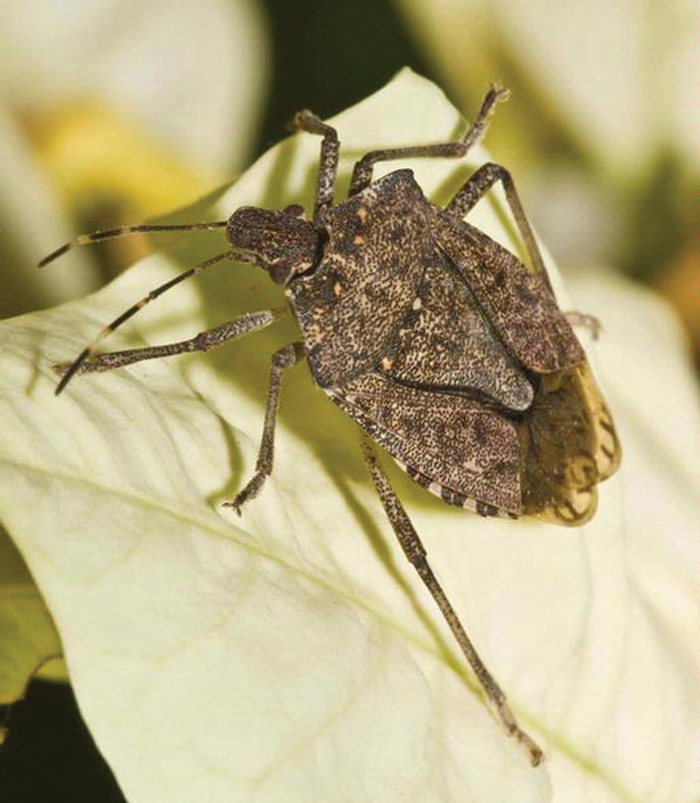 Yes, stink bugs really do stink; some say it has the smell of a skunk. Photo courtesy of UGA.

Salisbury is infested with an invasion of stink bugs.

People are complaining about the bugs congregating around and finding a way into their homes. The bug often collects in masses, becoming a huge pest with literally hundreds of the bugs crawling on the eaves of homes and around windows.

The stink bug is a brown marmorated stink bug, which derived from Asia and found its way into Pennsylvania in the 1990s. It was first identified in Forsyth County in 2009 and now has rapidly spread throughout our region and is now a pest in at least 70 counties in North Carolina.

These bugs are normally attracted to fruits, vegetables and soybeans during their active season. Later in the summer and into September and October, the adults seek a site to hibernate for the winter. Normally by late October the insects have settled into their winter home.

These insects can be a pure pain at this time of year, frequently congregating on house facings and doorways and often finding their way indoors.

Preventive insecticidal sprays are not recommended; however, homeowners can spray to kill the insects with a household insecticide primarily around windows, door frames and soffits.

Choose any common exterior insecticides labeled for application to outside of buildings.

Oh, and yes, stink bugs do stink. The bug produces a strong smell from a gland within the abdomen. The spray can be released inches from the insect. Some say it has the smell of a skunk.