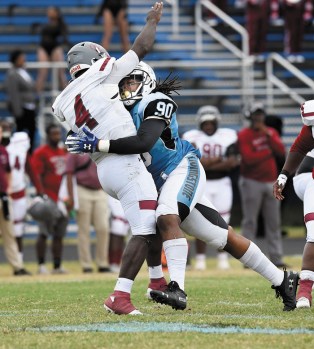 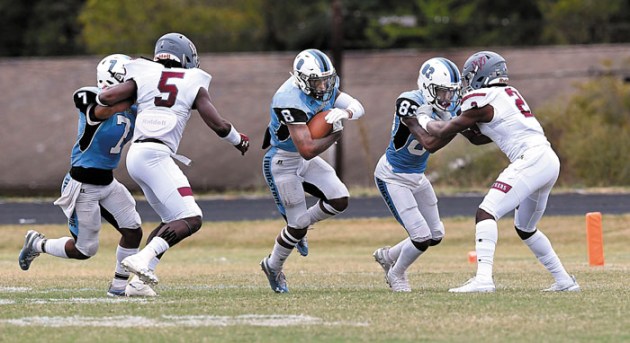 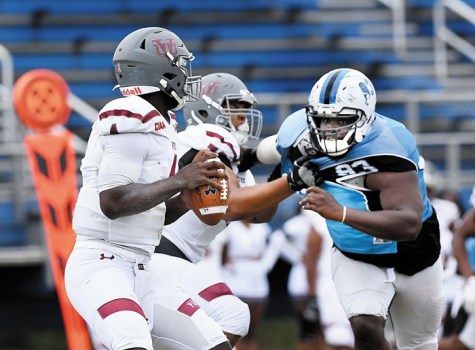 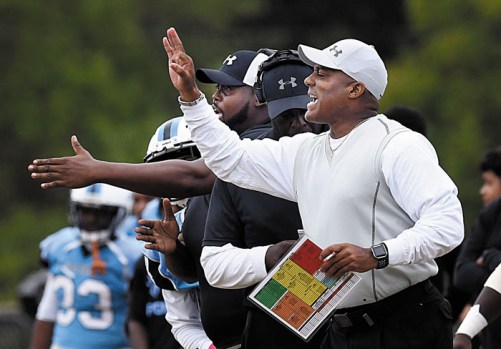 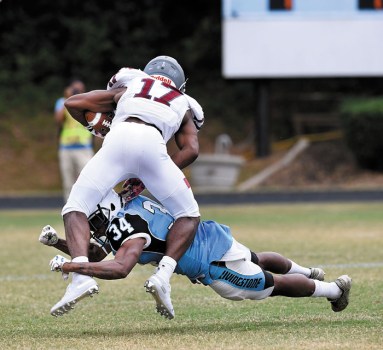 SALISBURY — Daryl Williams has been around long enough to know the window of opportunity won’t open itself.

But with a chance to win its fifth straight game, his Livingstone football team couldn’t get it to budge in Saturday’s 44-0 CIAA loss to visiting Virginia Union.

“We saw this as an opportunity,” Williams said, shortly after the Blue Bears (4-1, 1-1) were steamrolled like a cartoon character. “But everything we’re playing for is still intact. What I’m more concerned about is the dropped interceptions and all the dropped passes — the plays we usually make, we didn’t make today.”

LC’s offense sputtered and its defense fizzled against the Panthers (4-1, 2-0), one of the Northern Division’s stronger squads. Winning quarterback Khalid Morris passed for 215 yards and four touchdowns as the Panthers won their third game in a row. Three TD throws came in the first half, when the guests built a 31-0 advantage.

“We came in hoping to make a statement,” said Livingstone defensive lineman DeAndre Moore. “But in the beginning, everything went bad. We had blown assignments and lots of mistakes. We bounced back in the second half, but the damage was done. At least now we know what we’ve got to work on.”

Livingstone quarterback Miles Hayes — the sophomore who passed for 817 yards and eight touchdowns in games one-through-four — was frustrated from the start. The Blue Bears went three-and-out on 10 occasions, converted only three of 17 third-down chances and punted 11 times.

“We knew he was one of the top quarterbacks in the league and one of their most dangerous players,” said revered Virginia Union coach Alvin Parker. “We did a good job staying in his face all day. Our defense played lights out.”

That defense limited LC to eight first downs and 172 total yards — including a paltry 24 on the ground. Hayes completed just three of his first 16 attempts and finished 8-for-25 for 85 yards with a fourth-period interception. Predictably, the offense never got untracked and spent much of the afternoon driving around with its check-engine light illuminated. Freshman Lazarus Anderson (5-for-8, 63 yards) relieved Hayes in both the first and fourth quarters.

“I keep telling people, Miles is still a 19-year old quarterback,” said Williams. “He’s still indecisive about whether he wants to run or pass the football. It’s just some things we’ve got to get cleaned up.”

Livingstone senior Jordan Cartwright, a 204-pound wide receiver, believed it had less to do with X’s and O’s and more with performance.

“It was all execution,” he said. “It’s like one group would do something good, but another would let us down. We couldn’t get everything to work on the same plays. Yeah, our quarterback struggled a bit, but this was on everybody.”

By the third quarter, the Blue Bears were already roped and tied. VU kicker Jefferson Souza — the CIAA’s reigning Special Teams Player of the Week — sandwiched his second and third field goals of the game around around an 11-yard Morris-to-Desmond Smith touchdown pass.

Livingstone, meanwhile, spent the second half trying to ignite its offense, but never did.

“We knew we’d have to bring our ‘A’ game and were able to win big,” Parker smiled afterward. “Our defense did a good job and we tackled well, but what helped us most were all the three-and-outs. You’ve got to play strong in this league in October. A lot of league titles are won in October.”

Williams and the Blue Bears know that. They split two decisions with Northern Division foes and play their remaining five games against Southern Division opponents.

“We needed this,” Williams insisted. “We needed this test. You know, we’ve been winning and not getting punched. Today we got punched. It’ll make us better.”

NOTES: Moore was in on 10 tackles for LC, including three for losses. … VU receiver Charles Hall had six receptions for 129 yards — all in the first half. His 38-yard touchdown catch gave the Panthers a 14-0 first-quarter lead and his 48-yard grab provided a 21-point lead in the second period. … Livingstone visits St. Augustine’s (0-5, 0-2 CIAA) next Saturday at 1 p.m.